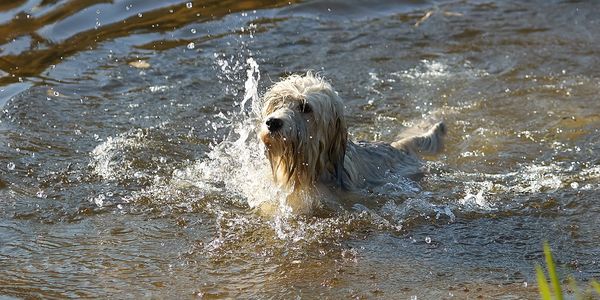 A dog was found in a lake tied to an anchor. Officials fear it was drowned alive.

The following description of animal cruelty is particularly difficult.

Shuswap Lake is a beautiful body of water located to the northeast of Vancouver. Its beautiful blue water, gorgeous mountain backdrop, and recreational shores make it a dreamy place for many Canadians looking to get out into nature.

But for one woman who went there to fish, it quickly became a nightmare when she found a dog's floating, decomposing body below the surface.

Sign the petition and help get the word out so the Sicamous Royal Canadian Mounted Police (RCMP) can identify this dog and who could have done this to them!

The poor pup had been exposed to the lake water long enough that neither its breed or color is identifiable. It had no color or microchip. But what authorities do know is that the poor dog most likely suffered greatly.

The dog's body was found with two lines attached to it -- one on its collar and the other around one of its hind legs. The collar's line was attached to a heavy anchor, which kept the dog from being able to reach the shore. The line wrapped painfully around its leg was attached to a fallen tree closer to shore. This poor dog was held suspended by the two, unable to swim nor rest. The woman who found the body remarked that the tree it was tied to wasn't accessible by foot, meaning someone went through the trouble of boating out to do this unconscionably cruel deed.

Crueler still is that officials suspect -- and are waiting for a vet's examination to be sure -- that this defenseless dog was alive when it was left out in the water. One sergeant of 21 years called the entire thing "disturbing," "disgusting," and like nothing he had ever seen.

Officials are nearly certain that this dog was made to suffer by drowning. We cannot let the anonymity of its identity allow its cruel abuser and murderer to get away with this. The details of this cruelty are too chilling and the amount of effort whoever did this went through means that they very well could do this again. We also know that this level of cruelty often begins with animal victims, but moves to people. The animals and people of the Shuswap Lake area deserve answers.

Help us get the word out, and encourage the RCMP to do everything in their power to find who did this. Sign the petition today!

Care2
A dog was found in a lake tied to an anchor. Officials fear it was drowned alive.
SHARETWEET