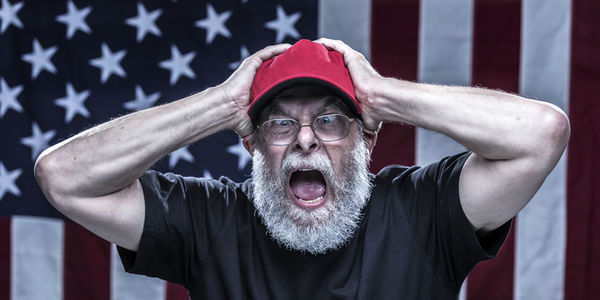 Gerrymandering Is Ruining Our Democracy — Tell Your State Legislature You Are Tired of It!

In their latest ruling, the Roberts Supreme Court used the Constitution to wipe their hands of all responsibility to fix one of the most corrosive practices in our Democratic system.

In late June, the court ruled 5-4 — down party lines — that reining in partisan gerrymandering was too hard and no longer an issue they would to consider. Gerrymandering is the manipulation of voting district boundaries for the benefit of a particular political party. If you have ever looked at your voting district and wondered why it's drawn so crazily, it's quite likely that a partisan hack redrew it specifically to help the party in charge of the state legislature at the time.

The court's decision is an affront to anyone who believes that government power derives directly from the people. Politicians in charge of redistricting often draw lines that maximize party's chances of winning a disproportionate number of races. Sometimes, they clump voters from opposing parties into a single district, giving up one seat to safely win the others. In other cases, they spread out opposing party voters among so many districts they can't get a majority to win, even if they represent a huge part of the population. These uncompetitive races disenfranchise the public and go against our American democracy.

In recent years, several state courts have ruled against partisan gerrymandering, including the Pennsylvania Supreme Court's recent blow to the state Republican party's scheme to gerrymander democrats into irrelevance. But federally, according to the Supreme Court, voters have no recourse, they must ask their states to act if they want to put a stop to unfair redistricting.

If the Supreme Court is going to shirk its responsibility to protect our democracy, then, it ultimately falls on us, the people, to make change. We must demand that each state pass legislation against bias and partisan redistricting and create independent redistricting commissions (IRC).

Sign the petition and take a stand against this gerrymandering. Then contact your state representative and ask them to introduce a bill that will establish an IRC in your state like California, Arizona, Alaska, and five other states have already done.
Sign Petition
SHAREShare With FriendsTWEETEMAILEMBED
Sign Petition
See more petitions:
You have JavaScript disabled. Without it, our site might not function properly.

Care2
Gerrymandering Is Ruining Our Democracy — Tell Your State Legislature You Are Tired of It!
SHARETWEET