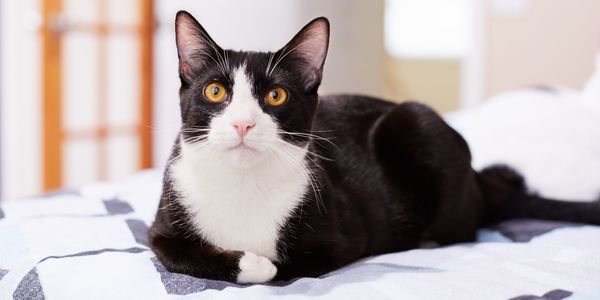 When Gosha the missing cat was found, he was wrapped in duct tape and covered in BB gun wounds

Francisco and his wife knew something wasn't right when they couldn't track down Gosha, their black and white shorthaired cat, around their home in Cambridge, Massachusetts on May 4. But they couldn't have possibly imagined what really happened to Gosha, who would end up dead just two days later.

Sign the petition and ask that the Massachusetts Society for the Prevention of Cruelty to Animals (MSPCA) Law Enforcement do everything in their power to find Gosha's killer!

On May 6, an animal control officer in Cambridge went to check out reports of the heartbreaking sounds of a cat crying and wailing under a car. But when he got there, it was silent. The cat under the car had been Gosha, who was crying as he died from 11 BB gunshot wounds he sustained. A great deal of his fur was missing and, worse still, Gosha was found with his back legs tightly, painfully bound with duct tape so he had no chance of getting home or getting help. This poor cat was tortured and then purposefully left to die slowly and alone.

Cats are not a rarity in Cambridge, Massachusetts, and until Gosha's killer is found, none of them are safe! The level of violence and malice in this attack make it clear that whoever did this is dangerous -- even to humans, since we know from research that perpetrators of cruelty towards animals often escalate to hurting people.

Time is of the essence. Poor Gosha couldn't be saved, but the MSPCA must use his story to save other cats like him! Sign the petition and urge them to do everything they can to find this cat killer.

Care2
When Gosha the missing cat was found, he was wrapped in duct tape and covered in BB gun wounds
SHARETWEET