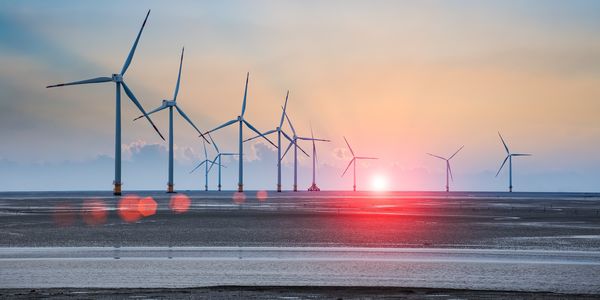 To save the earth and the U.S. economy, we need to invest in wind energy!

There is hardly anything more pressing than the climate crisis.. Scientists have said, again and again, that if we don't begin to curb emissions and pollution soon, our entire world will be past the point of no return and future generations will be born into an unfixable situation. If only there were a renewable resource that, when harnessed and converted to energy, didn't pump emissions into our atmosphere. Oh wait. There is.

The answer is wind energy, and the U.S. has been painfully slow to invest in this world-saving, job-creating industry. Currently, the United States has an offshore wind energy capacity of a measly 0.003 GW compared to Europe's 20GW -- and Europe's plan is to have that number up to 200 by 2050. We are already way behind! It's time for the U.S. to finally and aggressively invest in the wind energy industry!

Tell Joe Biden and his entire administration to prioritize the approval of offshore wind farms, like the one that has been proposed in the area between Long Island and New Jersey!

Wind energy, a type of solar power that comes from the ever-renewing resource of air blowing across the earth's surface, is the future of clean energy. Huge, majestic wind turbines catch the passing gusts with its blades and that kinetic energy is generated into electricity. It is a remarkably simple, beautiful process that creates zero emissions from the turbines themselves. Other than clean energy, what it does create is jobs -- and lots of them.

That's right, the United States' dependence on fossil fuels isn't just harming the planet which we share with these other nations that are doing their part for clean energy. It's also impeding our economic growth, throwing away thousands of jobs that would be created directly and indirectly by wind energy. By failing to develop wind farms, the U.S. is delaying thousands upon thousands of jobs in an industry with longevity, while the jobs in the fossil fuel industry become less and less viable.

The United States has been far too slow to expand its capacity while other countries forge ahead, especially when it comes to offshore wind farms. These are large groups of wind turbines built in the shallow parts of a country's surrounding waters, which can produce up to four times the amount of energy as onshore turbines due to stronger and more consistent winds. The United Kingdom alone, for example, has almost 250 times the wind power capacity of the United States in terms of offshore wind power.

That's why it's so exciting that the Biden administration recently announced that it's taking the first steps towards building a massive offshore wind farm off the coasts of New Jersey and New York. By 2030, this facility is set to create enough energy to power 10 millions homes and create a total of over 75,000 jobs, both directly and indirectly.

There is no time to lose. For the good of our economy and our environment, we need the Biden administration to do everything in its power to get offshore wind farms up and running! Sign the petition today.

Care2
To save the earth and the U.S. economy, we need to invest in wind energy!
SHARETWEET