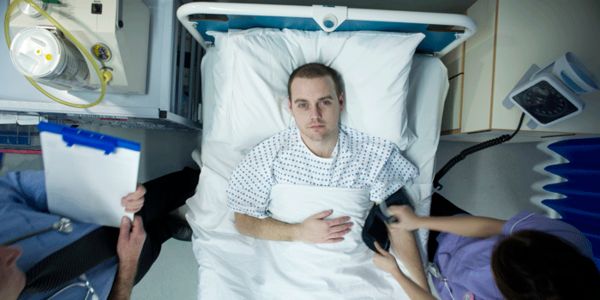 Trump Tweeted Support for the Fight Against HIV, His Budget Says Otherwise.

On World AIDS Day, people around the globe mourned loved ones lost to the crisis and pledged action to help fight the disease. One of those who pledged was President Donald Trump, tweeting to his millions of followers:

"The First Lady and I express our support for those living with HIV/AIDS and mourn the lives lost,"

You wouldn't be blamed if the tweet left you thinking that the Trump administration was doing all they could to help stop the spread of the disease and find a cure. But you would also be wrong. Because if Trump was really "committed to eradicating AIDS," would he have slashed funding for fighting it?

Tell Trump not to slash the budget for the fight against HIV.

Trump's current budget proposal, yet to be passed by Congress, would cut funding for the President's Emergency Plan for AIDS Relief (PEPFAR) by $1.35 billion. That's around 30% less than last year's budget. What's more, he has also tightened the purse strings on other vital HIV/AIDS programs including the Global Fund to Fight AIDS, the National Institute of Allergy and Infectious Diseases, and Housing Opportunities for Persons with AIDS, a program that helps low-income people living with HIV/AIDS access housing.

While it may not make the headlines daily, the HIV/AIDS crisis is still genuine and very present. By the latest estimates, more than 1 million people are living with HIV in the U.S. And in 2018, there were nearly 40,000 new diagnoses. Trump should be highly aware of the continued threat of HIV. In 2015, his vice president oversaw an explosion of HIV cases when he was governor of Indiana and refused to approve a needle exchange program.

Every day, every dollar withheld from the fight against HIV/AIDS is a dollar wasted.

Trump should send more than empty words to support the fight against the crisis. He should show that he is truly willing to invest the money it will take to eradicate HIV/AIDS. Sign the petition and demand that Trump pledge to spend more money, not less.
Sign Petition
SHAREShare this petition with friends!TWEETEMAILEMBED
Sign Petition
See more petitions:
You have JavaScript disabled. Without it, our site might not function properly.