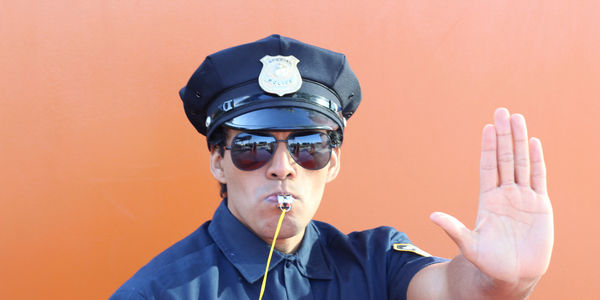 Walking These Streets Could Get You a Hefty Ticket....If You Aren't White.

Your parents did it. You've done it too.And yes, your kids will reach the age where they will start doing it as well. Jaywalking is practically an American tradition. We know it's naughty and perhaps a little dangerous, but hey, when you look both ways and see that there's no one coming, you shrug your shoulders, gather your things, and shoot across the road to save you that extra one or two minutes.

The practice is technically illegal. But jaywalkers count on the fact that if they do receive a fine, it was justified and that every other jaywalker carries an equal risk of consequences. However, in New York City, if you are black or brown, that doesn't seem to be the case. A new report from Streetblog analyzed jaywalking tickets over the first 9 months of 2019. The study revealed some shocking statistics. In a city of nearly 9 million people, police only handed out 316 summonses. But 90% of them went to black and brown people in the city's poorest borough.

The number is disturbing. Black and brown folks account for just 55% of the city's population, revealing a glaring bias. Rather than ticketing any and every jaywalker or ignoring the penalty altogether, the NYPD seems to specifically target the city's darker and poorer residents.

In theory, police give out jaywalking tickets to discourage the practice and save pedestrian lives. If that's the case, one could assume that a police force would focus their anti-jaywalking efforts in the city's most fatal burroughs for pedestrians. But Manhattan, the borough that holds that title, only received 29 summons in the same nine-month period.

While it may seem that getting a jaywalking fine is just a minor inconvenience, in reality, it could significantly affect the financial wellbeing of those targeted. Fines range in the hundreds of dollars, and unlike recipients of traffic violations, those fined for jaywalking must make an actual court appearance rather than just deal with the fine online. These court appearances force an already struggling population to miss days of work, putting their jobs at risk.

Yes, jaywalking is illegal, and the laws exist to keep people safe. But if rules aren't applied equally, then they lose legitimacy. The way NYC is handing out jaywalking fines is unfair and verges on racist. That needs to stop.

Sign the petition and tell de Blasio and NYPD to fix its jaywalking scheme and to stop targeting minority and impoverished communities.
Sign Petition
SHAREShare With FriendsTWEETEMAILEMBED
Sign Petition
See more petitions:
You have JavaScript disabled. Without it, our site might not function properly.

Care2
Walking These Streets Could Get You a Hefty Ticket....If You Aren't White.
SHARETWEET