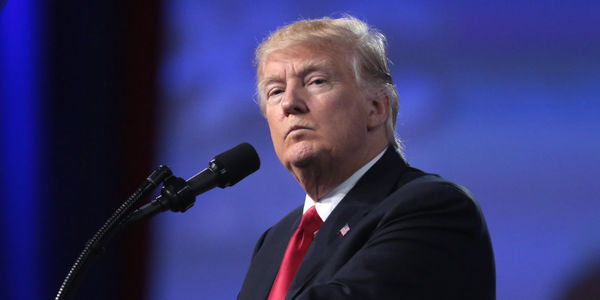 Trump Has Admitted He Is Planning a Coup. We Need Every Level of Government to Commit to Stopping Him.

On September 23rd, Trump was asked point blank whether he would commit to a peaceful transfer of power. His response? No transfer will be necessary because he wants to throw out mail in ballots and do a "continuation" of power. Make no mistake: that is Trump admitting he is planning a coup if he loses this election. The time for planning is now. Coups only work if multiple levels of government listen to the attempted power grab.

That's why we need every level of government to publicly commit to honoring the results of the election.

We know Trump has been packing the courts and putting his friends in at every level of government, likely to prepare for this eventuality. The good news is that Trump showed his cards early - he has told us he's not planning to concede peacefully. Here is how we will know he is orchestrating a coup, because of course he won't use that word:

If he orders the stoppage of counting votes. If he claims he knows the real winner, even though the votes don't show that. If he claims voter fraud or there is evidence of voter suppression, tampering voter intimidation and more. If he tries to stay in power even if he doesn't get the most votes.

The best way for us to prepare for a coup is to avoid one. That means upholding our election and not undermining it. It makes sense that people feel disenchanted by the American electoral system. We have rampant voter suppression, gerrymandering, unfair campaign finance laws and frankly, an undemocratic electoral college. However, that doesn't mean our elections aren't democratic in any way. And we can't let that disenchantment convince us not to participate.

Our intelligence agencies are telling us that the main way Russia is trying to undermine our election is by trying to convince us the election is not free and fair so we won't turn out. We cannot let them win in that effort. We need to learn to stop disinformation in its tracks and uphold our election. And remember, due to COVID, we won't know the winner of this election on election night. The "blue shift" as it's called happens in the days and weeks after an election when mail in ballots are counted, given that more democrats vote by mail.

A coup will only work if multiple levels of government follow along with Trump. So while we as citizens need to work to create a robust and legitimate turnout in this election, we also need every government agency to commit to honoring the results of the election. Sign now to ask the U.S. Military, Congress, State agencies, Courts and every other government agency to publicly commit to upholding the democratic process by honoring the results of the election.

If you live in the U.S., here is a good guide for how to prepare for a contested election.
Sign Petition
SHAREShare this petition with friends!TWEETEMAILEMBED
Sign Petition
See more petitions:
You have JavaScript disabled. Without it, our site might not function properly.

Care2
Trump Has Admitted He Is Planning a Coup. We Need Every Level of Government to Commit to Stopping Him.
SHARETWEET