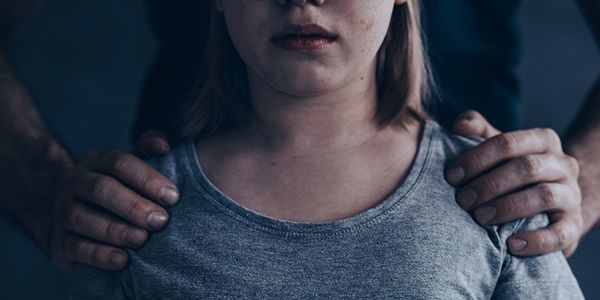 It's not a fun topic, but incest is rampant in today's society...it is also one of the most underreported crimes being committed today, effecting at least 20 million people in America -- and that is just what we know. It's time to change things, to make things more difficult for sexual abusers...to put these chronic perpetrators behind bars where they belong. Because, today it is my daughter, my fight, tomorrow it could be yours...

On November 5, 2012, I found video evidence of a potentially incestuous, sexual relationship between my now 18-year-old daughter and her biological father. In the video there was touching, groping, nude flashing and sexual thrusting while he was clothed and she was in nothing but a towel -- after flashing him her naked body and his clear arousal after the fact. At this point, my 11-year-old daughter was in the house, and could have walked in on such behavior at any time.

After reporting this video to the authorities and turning over the evidence, my other two children came forward with testimony about my daughter having to confessed to them about her first rape occurring when she was just 13 years old; a point in time where my children were afraid to tell anyone else about the abuse. It wasn't until I reported this man to the authorities and proved to my children that I would protect them by removing them from the situation that they felt secure enough to come forward with their testimony. However, that testimony is deemed as hearsay and may not be admissible in court.

Since my daughter is now 18 years old, there is little the legal system can do without her coming forward and admitting the abuse. She refuses to do so. In fact, she moved out of the house with her biological father, even though she admitted to law enforcement that the abuse began before she was 18, she refused to sign a statement to that fact. Her refusal to sign a statement indicating this fact has tied the hands of those who would see this man face the justice he so desperately deserves; and is preventing my daughter from getting the justice she deserves also. This law would make compelling hearsay admissible evidence in cases where there is video or photographic proof of sexual abuse, incest and grooming; enough to convict sexual predators and stop the cycle of abuse for all those afflicted in Texas and, hopefully, across the US.

Since having come out about our abuse, I have discovered that our scenario is far from unique. There are literally millions of incest victims that could be helped by passing this law: Meghan's Law, including my daughter.

The FBI estimates that there is a sex offender living in every square mile of the United States. One in ten men has molested children. Most child molesters are able to molest dozens of children before they are caught and have a three percent (3%) chance of being apprehended for their crimes. Boys and girls are at nearly equal risk to be abused and almost a quarter will be molested sometime before their 18th birthday. Fewer than five percent (5%) will tell anyone. The overwhelming majority of child victims are abused by someone they know and trust someone most parents would never suspect, including authority figures like their own fathers.

Meghan's law would make it possible to catch and stop these child molesters, and put an end to this cycle where more children are likely to be hurt at the hands of predators, by putting them in jail, where they belong.

For more details of our struggle and more reasons to sign and pass Meghan's Law
It's time to pass Meghan's Law. Please join us in our fight and end the war on sexual abuse and incest and help victims find their voice. No one should have to live with the guilt and shame associated with this type of vile abuse, cut off from being able to get help, even if it is help they desperately need. Please sign and support our petition and stop the cycle. There is NO reason incest cases should be this difficult to prosecute to the fullest extent of the law. God bless!

After successfully passing Meghan's Law, my organization, Silent No More will be working to obtain grant and private funding to start a network of safe houses for victims and their families and also to help educate and provide women with resources to nanny cams and other devices and classes that will help them catch child predators in the act, free of charge. We have a dream, we have a vision and we have a plan. We are Silent No More.

For a precedent on hearsay when it comes to sexual abuse please visit this link. It worked in these cases...why shouldn't it work across the board?