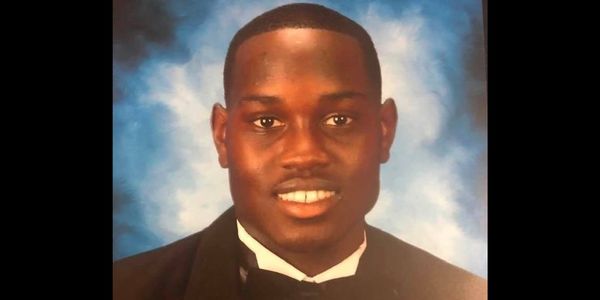 UPDATE: After the footage of Ahmaud's murder was leaked two months after the incident, Travis and Gregory McMichael were finally arrested, as was William Bryan, who filmed the horrifying ordeal. All three face charges of murder. It took a huge amount of public outcry as well as the Gerogia Bureau of Investigation to make it happen and we still don't know if they will actually go through with prosecuting the men. The fight is not over and it should never take public outcry for a prosecutor to do their job! That's why we still need federal investigation into the failings of law enforcement as well as the murder itself. Please read and sign the petition below.

You probably already know about the murder of Ahmaud Arbery -- afterall, the video of two white men pursuing him on his daily run through Brunswick, Georgia, has gone viral. The video shows a father and son hunting Ahmaud and eventually slaying him, proving beyond a shadow of a doubt their guilt. And yet, in May of 2020, over two months later, no arrests have been made.

Please sign the petition and help us get justice for Ahmaud Arbery.

Ahmaud Arbery was a beloved son and brother. The 25-year-old was an active person, and enjoyed daily runs near his family's South Georgia home. But his run on February 23, 2020 would be his last. That day, Gregory and Travis McMichael, a father and son also living in South Georgia, spotted Arbery on a jog, chased him down with their truck, and executed him with their guns. The president of the Georgia NAACP called it "white supremacy full on."

The McMichaels claim that Arbery resembled a suspect wanted for a string of burglaries in the area, but they were not law enforcement. So even if that flimsy excuse were true, they had no business doing what they did. Arbery did nothing to invite such suspicion while he lightly jogged through the neighborhood, wearing sneakers and workout gear clearly meant for a run. The men targeted Arbery because he was black, and because they knew they could get away with it. This was a lynching, plain and simple.

And so far, the McMichaels are right -- they are getting away with it. After two judges recused themselves from the case, since Gregory McMichael is a former police officer who also worked as an investigator in their offices, a third prosecutor, Tom Durden, was brought in. He claims that the case is too nuanced, and that a grand jury should decide if criminal charges should be brought. Where is the nuance in a video of two white men hunting a black man down and shooting him to death?

Local law enforcement should have arrested the McMichaels on the scene that day. Tom Durden should have laid charges against these murderers the minute he saw this video footage two months ago. Why in the world was nothing done until there was massive public outcry?

Sign the petition today, and join us in demanding a federal investigation into the slaying of Ahmaud Arbery, and the botched proceedings by law enforcement and justice officials that allowed the murderers to walk free for so long.