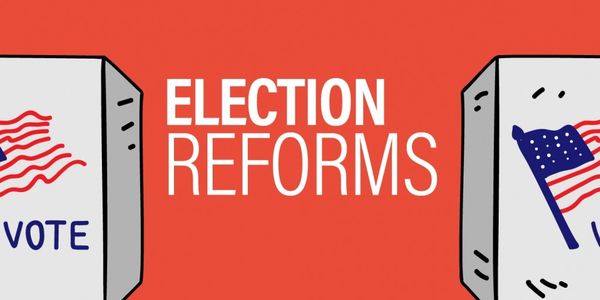 We, The American People, Demand Real and Verifiable Elections

TO EVERY MEMBER OF CONGRESS,

The American People Deserve and Demand Elections that are real and verifiable, meaning elections in which ALL eligible voters are easily able to vote and are able to have absolute confidence that all of our votes are counted. There must be greater measures in place to prevent corruption of our 'ability' to vote and of our votes themselves. The results of our elections must be verifiable so that we all can have confidence that they are a real representation of the will of the American people.

The ability to buy elections directly and indirectly in our country has turned our country into an oligarchy which has brought us to the point that the American people are being abused & exploited by our own government while having near zero impact on the legislation or actions of the government.

Most of main stream media is owned by a few corporate conglomerates and the influence of money has corrupted our media at large. That is far too much power in the hands of a few people and as we witness abuses of this power it erodes faith in our election process.  There must be effective laws put in place to curb the ability of the media to lie to the American People and to influence our elections.

We know that machines used in elections are extremely hackable and programmable. As such the corporations that sell these machines may also harbor undue influence in our elections. The ownership of code in the hands of untrusted entities also erodes the ability of the American people to have confidence that our votes & voices are heard & reflected in the results of our elections and the actions of our government.

We demand that action be taken including but not limited to the following:

1. Election Day must be made a federal holiday.

2. Super Pacs must be abolished and ALL donations to candidates running for public office MUST be disclosed and transparent.

3. Automatic or Same Day registration available to all voters.

4. Votes must create a paper trail. Hand counts must be taken with witnesses. And a federally funded accountable exit polling must be engaged to prove that efforts to make our elections verifiable are working

5. Independent commissions to draw congressional districts in all 50 states.

6. Citizens United must be overturned by amendment to the constitution. Corporations are NOT people.

7. Open primaries in all states

Therefore we demand immediate action be taken regardless of political party to make our elections and their results 'highly transparent' and to begin to restore Government By The People.  All proposed changes must make certain they are 'not' inviting new opportunities for election tampering or voter suppression.  We must change every aspect of our voting and elections process that encourages or leaves room for abuse.  YOU MUST TAKE ACTION NOW to restore faith and to build trust that the will of the people WILL be represented in our government.