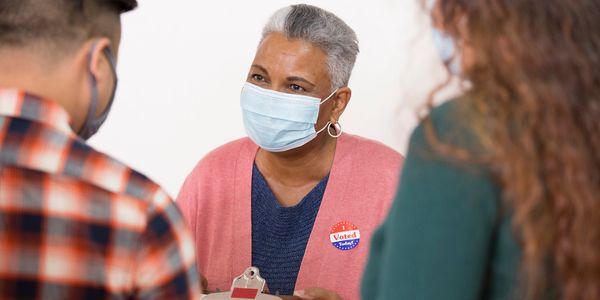 Monday, January 17th is Martin Luther King Jr. Day, and the family of the monumental civil rights leader and anti-war advocate are calling for "no celebration" without the passage of voting rights legislation. Specifically, two vital pieces of legislation -- the Freedom to Vote Act and the John Lewis Voting Rights Advancement Act – that have been stalled from advancing in Congress.

Sign now to demand that President Biden and the Senate finally pass the Freedom to Vote Act and the John Lewis Voting Rights Advancement Act!

One of the single most crucial pieces of legislation passed to protect civil rights in the United States was the Voting Rights Act of 1965. Thousands of peaceful demonstrators marched throughout the country and successfully demanded the right to vote -- many were met with brutal violence from fellow citizens and local police. Yet in 2013, the Supreme Court gutted the Act, opening up the country -- and particularly the American South, the heart of where the fight for voting rights took place a half a century ago – to a wave of racist voter suppression laws.

If passed, the John Lewis Voting Rights Advancement Act would restore essential components of the original Voting Rights Act that have been removed by the 2013 Supreme Court ruling. It would bring necessary oversight to highly restrictive voter I.D. laws, the shutting down of Sunday voting – which has been used to reduce the number of Black voters from being organized by their church congregations – and make multilingual voting opportunities more accessible again.

On top of all this, the Freedom to Vote Act would "create a baseline national standard for voting access" by ensuring, protecting, and streamlining things like early voting, mail-in voting, voter identification, access to voting for disabled folks, and would even make Election Day a legal, national holiday. Standardizing and equalizing all of these factors would eliminate countless opportunities for discrimination and gatekeeping at the local level – where voting happens.

All of these changes would specifically help ensure that voters of color and poor voters have ample access and opportunity to vote, and that their votes count – which was exactly what MLK Jr. was fighting for.

Sign the petition to put pressure on Congress and the President to pass these vital pieces of federal legislation! Stand with Martin Luther King Jr.s's family in demanding all Americans have voting rights now!