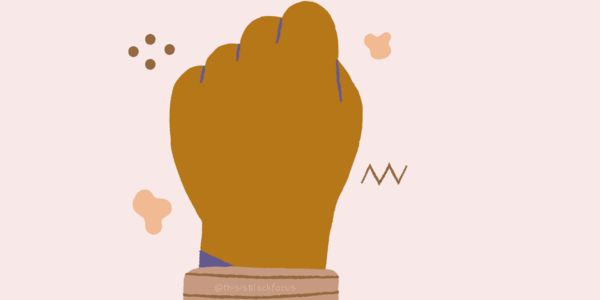 Taking back our community: an open letter to Walt Maddox and the city of Tuscaloosa, AL

Greetings to the citizens of Tuscaloosa and the mayor, Walt Maddox; to Black people and people of color in particular, and oppressed people at large.

We are Black Focus, a community organizing entity. We aim to create action-based initiatives to mitigate the overall exploitation of Black people, People of color, women, and the LGBTQ community. We aspire to be one of the frontiersmen in the uphill battle against systemic racism on behalf of oppressed people. There have been valiant strides towards the liberation of the exploited, but inevitably, when human rights are mistaken for a political matter, those who wield power would rather cling to their authority than do what is right by the people they 'serve.' These persons instinctually push back and devise plans to make those same valiant efforts divisive. With their tactics, they not only stand in the threshold of progress- they propose more sinister plots which perpetuate and uphold white supremacy without being denounced as such.

We must acknowledge our part in this. We must listen to those suffering the most from the aforementioned injustices and unite on their and our own behalf. We must amplify their voices, the voices of reason, and the voices of experience. Black Focus is our contribution towards this fight for human rights. And so we write to you, Mayor, to talk about an issue in Tuscaloosa that has been grossly underestimated and oversimplified.

According to the 2010 census Black people represented a third of the Tuscaloosa population and have grown to a projection of 44.1% of the total city population. There is a clear correlation between the location of Black residences and a concentration of criminal statistics in these areas. This has less to do with the false trope put forth on Black individuals that they are susceptible to participate in criminal activity, but rather the heightened over-policing and frequent surveillance done unto those people. These instances are prime examples of the type of presumptive, racist narrative and oppressive practices to which citizens are subject to by the powers that be.

We invite you, Mayor, to work alongside Black Focus and the people of Tuscaloosa in efforts to address and reduce those practices, and support and better the lives of the citizens you serve. We invite you to join us on the front line towards systemic change instead of engaging in performative acts. To uplift your "standard of excellence: to be the most innovative and effectively managed city in the United States." We invite you to be a part of Black Focus' City Blueprint initiative.

The City Blueprint initiative is a policy-focused, action-based program whose goal is to reinvest in the community of Tuscaloosa and move away from allowing police departments to be the catch-all for public safety. City Blueprints lays the foundation needed for creating a better, more specialized public safety model, and is organized in three phases:
Phase one: There must be a formal orientational meeting where the mayor's office and city council members will be required to comply with the City Blueprint initiative and sign onto our three pronged program. Then the mayor must hold a public press conference where they publicize the meeting and ensure their compliance. You must declare racism as an epidemic and pledge to reallocate funds to housing, counseling, and other social programming to address systemic racism.You must share your plans to register with Cities United, invoke 8 Can't Wait and further correspond with Black Focus about divesting from the TPD.
Phase two: The mayor's office must work with community leaders and Black Focus to finalize the city's drafted blueprint to address alternative models to public safety. That blueprint must be made available to the public. The mayor's office and the city council members will continue to work with Black Focus to create the Police Conduct & Oversight Committee. The PCOC's purpose is to create a more transparent record of policing misconduct that is easily accessed by the masses. This committee will then analyze their findings and draft a report drawing conclusions from statistical correlation.
Phase three: Once this report and the data begin to be released regularly, the aforementioned three entities will work together with citizens to create the Office of Specialization and Violence Prevention. This office is tasked with two purposes: 1. Provide policy based solutions to issues found in PCOC's report. And 2. Begin to create a structured and centralized model for public safety.

We call on every person of varying identities to champion this cause. An attack on human rights anywhere is a threat to freedom everywhere. Let us stand together in the shifting face of an authoritarian leaning government. Whether you're an activist protesting in the streets, a seasoned social justice warrior, a donating ally, a business professional, or someone who hasn't made up your mind on how to help- let us all come together in acts of solidarity and understand the importance of each of our contributions; because change begins with all of us. A system that has continued to exploit people of all kinds for over 400 years requires a multifaceted approach to challenge every particular and leave no stone unturned. We must uproot the cause if we hope to recover and heal from the symptoms of the disease of injustice.

We look forward to your response.
Best regards,
BLACK FOCUS & the citizens of Tuscaloosa

Care2
Taking back our community: an open letter to Walt Maddox and the city of Tuscaloosa, AL
SHARETWEET