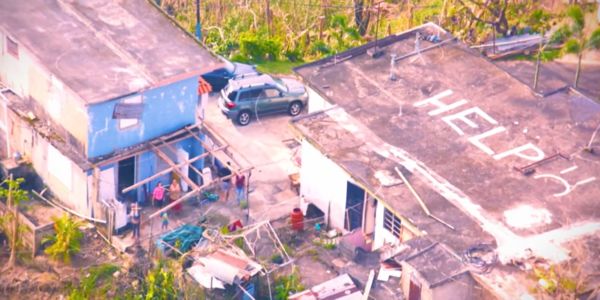 Tell Congress to pass a Marshall Plan for Puerto Rico

One year after Hurricane Maria devastated Puerto Rico, there is much work left to get done.

After the Federal Emergency Management Agency and the Trump administration failed to provide adequate assistance to the island, it has become clear that we, the people, need to demand that you, the US Congress, approve a comprehensive Marshall Plan to rebuild Puerto Rico in the robust and urgent manner the situation requires.

Several of your colleagues have proposed such a plan. The Puerto Rico and Virgin Islands Equitable Rebuild Act of 2017 would provide the resources needed for a comprehensive recovery effort in the island.

As Members of Congress, you can and should help the more than 3 million US citizens living in Puerto Rico rebuild the island in a resilient and more sustainable way.

A Marshall Plan would help kick-start Puerto Rico's economy by rebuilding the island's infrastructure, investing in the development of renewable energy sources, and providing equal treatment for Puerto Rico in all federal healthcare programs. Most importantly, this bill would instruct Congress to address Puerto Rico's debt. We also demand that Congress creates an independent 9/11-style commission to investigate the disastrous federal response to what was the deadliest natural disaster in US history. It is estimated that between 3,000 and 4,500 US citizens died as a result of Hurricane Maria and its aftermath and over 150,000 people were displaced, many of them permanently, by what has now been confirmed as the deadliest natural disaster in US history.

We should honor their memory by getting to the bottom of what happened and learning what to do to make sure this type of inexcusable federal response never happens again.

When people come together and demand change, you, the elected officials that represent us in Congress, have to listen. It is time for the federal government to deploy the resources that should have been provided in the first place. It is time for our government to enable the tools that Puerto Rico needs to rebuild and thrive.

We the undersigned demand you immediately address the urgent problems facing our fellow citizens in Puerto Rico.