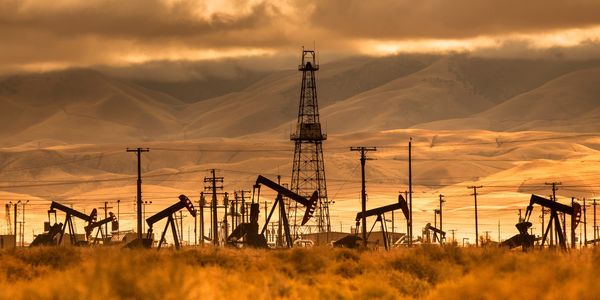 We've all heard of the Grand Canyon, one of the most majestic and famous landmarks in all of the United States. But mining companies want to have their way with it, tearing open the land to extract uranium, which is highly dangerous when unearthed. Uranium mining emits radon gas, which has devastating effects on the lungs including heightened instances of lung cancer. The irony is probably not lost on you that we're in the middle of a pandemic that preys on the lungs and respiratory system. Yet Trump wants to let them get away with this.

In fact, under the shadow of the COVID-19 pandemic, a crisis that has devastated his citizens, Trump and his administration are once again proving where their loyalties lie -- with the fossil fuel industry and the notorious billionaires that prey on our one and only environment to line their own pockets. Oil prices are at an all time low, and yet the Department of the Interior, under leadership of former fossil fuel lobbyist David Bernhardt, wants to sell our public lands to companies that would rip them open, blow them to shreds, and leach them dry.

The Bureau of Land Management is the agency within the Department of the Interior which oversees these public lands. Its job is to protect these lands and conserve our natural environment. Sign the petition compelling its acting director, William Perry Pendley, not to sell these precious parts of the U.S. to oil, gas, and mining companies who will wreak havoc on them.

In Utah, just outside of Arches and Canyonlands national parks, the Bureau of Land Management has put 150,000 acres of land up for sale for the sole purpose of drilling. This method of getting oil has horrifying effects on the landscape -- spills can directly kill animals, or slowly kill them by ruining their habits. These lands are home to extremely endangered species such as bighorn sheep, whose population could be lost forever if we are not careful. From the oil spills you hear about in the news to the climate change we are experiencing daily, there is plenty of proof that oil companies cannot be trusted with being careful.

We cannot waste time on this, because Trump and his administration will surely not. Please sign the petition and demand that William Perry Pendley act at once to halt the sale of public lands in the U.S. to the fossil fuel industry!