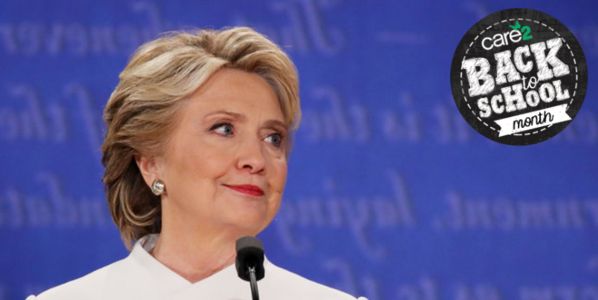 When it comes to textbooks, Texas has often been embroiled in controversy. For 10 years, one school in San Antonio, Texas was teaching their students that not all slaves were unhappy. In another instance, a Mexican-American history textbook that was eventually rejected caused a firestorm as it contained text that suggested — unbelievably — that Mexicans were lazy.

Now, the Texas State Board of Education, the institution charged with creating the curriculum for their millions of students, has recommended cutting several key American figures from their textbooks including Hillary Clinton and Helen Keller. If this were any other state, this would be concerning but not a cause for alarm for the rest of the country. But because Texas buys so many textbooks — around 5 million — the version they purchase often becomes the cheapest, motivating other states to purchase the same edition.

That means that students hundreds or even thousands of miles from the Lone Star State could be forced to study their revisionist curriculum.

According to the Dallas Morning Post, The 15-person board created a 20-point scale to determine how "essential" historical figures were for a child's education. Hillary Clinton scored a total of 5 points, Helen Keller scored 7 yet somehow Billy Graham the evangelist made the cut.

This is troubling because the board has become extremely partisan and has been used as a tool to mold the state curriculum to reflect the political ideals of the right. Instead of serving as an impartial arbiter of the textbook's contents, it now simply injects opinion rather than fact.

In no logical way does Billy Graham play a larger role in American history than Hillary Clinton. And Helen Keller's contribution as an activist for the rights of disabled Americans cannot be understated. But if you leave it to the Republicans on the Board, your children may not even know who these women are.

Texas educators should want the best for their students. That means providing them with unbiased, fact-based information that will help them succeed in the future. At the moment, they are doing just the opposite.

The board will have a final vote in November so we still have time to let them know that we are watching.

Don't let Texas distort history. Sign the petition and tell the Texas Governor Greg Abbott and the Texas State Board of Education not to make these ridiculous partisan changes.
Sign Petition
SHAREShare this petition with friends!TWEETEMAILEMBED
Sign Petition
See more petitions:
You have JavaScript disabled. Without it, our site might not function properly.