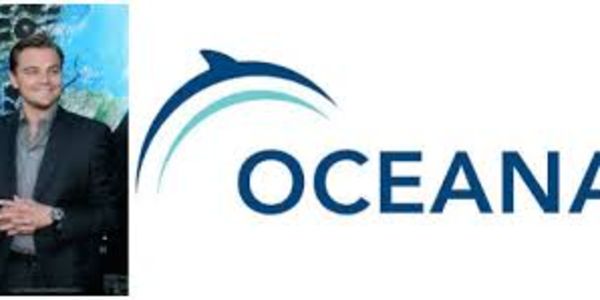 February 2014: The Leonardo DiCaprio Foundation has given a $3 million grant to Oceana,

The grant will aid their efforts to protect threatened ocean habitat

and keystone marine species in the Pacific and Arctic Oceans.

is one of the most pressing sustainability crises facing humanity today

and a moral imperative that we must acknowledge,” DiCaprio said.

that they do daily on behalf of our oceans.”

The Pacific and Arctic Oceans contain

some of the most productive marine ecosystems in the world.

From seamounts off of Chile to Alaska’s Aleutian Islands, protecting these ecosystems is critical

if we want healthy oceans brimming with edible seafood.

—many of them hungry—a healthy seafood meal each day.”

including the effort to ban drift gillnets in California. Fishermen use these mile-long nets to catch swordfish and thresher sharks, but gillnets also catch

and kill large numbers of other marine animals, including sperm whales,