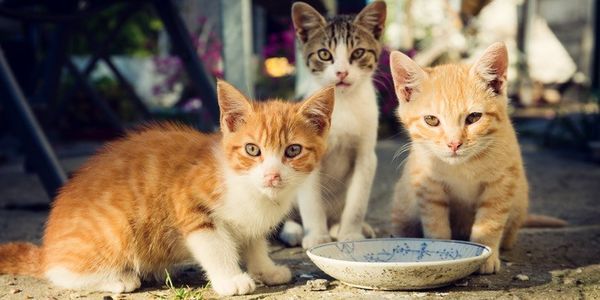 Animal rescuers with the Humane Society recently saved upwards of 25 animals from a home in Missouri. The rescued animals included ten cats - 5 of which were kittens, nine dogs, five chickens, one gerbil, and one exotic possum known as a sugar glider.

But some animals didn't make it long enough to benefit from the rescue. Multiple dead animal carcasses littered the home's property.

The animal rescue operations took place at a key moment. Record-breaking heat waves have been sweeping across the U.S. and the world - and Missouri is no exception. When investigators arrived, they discovered animals exhausted and visibly distressed from the high temperatures, with limited ventilation around.

The animals showed other signs of severe neglect as well. Officials described the property as "unsanitary" and "unsafe." Multiple dogs were horrifically underweight, some with bones and ribs showing through their skin. This level of malnourishment means someone failed to provide these innocent beings with adequate food. The cats were flea-infested and veterinarians estimated that, if the kittens had been neglected much longer, they would have likely perished.

So far, we don't know what steps authorities have taken to keep future animals safe from the people who inflicted such pain. All we know is that these 26 pets are now safe and receiving the appropriate medical care they need in order to heal and, later, thrive.

But one thing is for certain: the people behind this neglect and cruelty should never be trusted with animals again.

Tell Missouri authorities to protect animals, by banning this abuser from future pet ownership!
Sign Petition
SHAREShare With FriendsTWEETEMAILEMBED
Sign Petition
See more petitions:
You have JavaScript disabled. Without it, our site might not function properly.