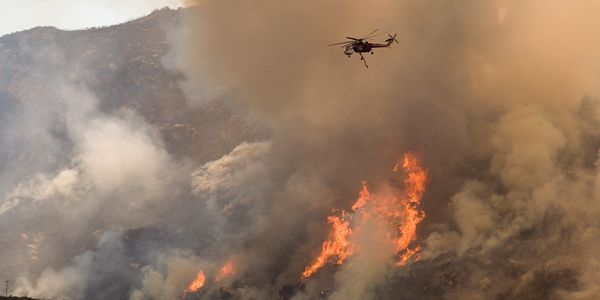 Climate Change and Colonialism: sign to commit yourself to restructuring your life.

There are only 11 years left to prevent irreversible damage by climate change to Earth.

Still, the habitability of Earth is an ecological countdown we are not fixing.

The dramatic increase of "environmental self-identification" among individuals in developed nations has risen exponentially.

Yet these very individuals with what Vox describes as "high pro-environmental self-identity"- predominately boat the greatest environmental footprint, through superficial, token acts.

Interestingly, these individuals characteristically reside in developed nations (most of which are former colonial powers), in high socio-economic strata!

German studies have found that wealth, age, and status are the most effective predictors of energy consumption. In fact, "environmental self-identification rises with income, but so do emissions.".

It's not surprising then, that the poorest fifty percent of individuals are responsible for only around ten percent of total lifestyle consumption emissions.

So... In practice, living in a developed country and capitalizing on its resources and infrastructure means you are responsible for its shared emissions. The reality that citizens in western countries like the U.S., the U.K., Canada, France and Australia all produce disproportionate amounts of contaminated waste, and then tolerate its illegal deposit in southeastern Asian countries (despite the health and environmental ramifications it poses) is telling of acute privilege.

The dichotomy between self-righteous environmental identification and meaningful re-structuring, to minimize individual ecological footprints is immeasurable. Given that the global wealthy are responsible for a massively disproportionate production of emissions and waste; the question of ameliorating climate change rests on how to change consumption.

So what does this have to do with a colonial legacy?

The band connecting present-day climate justice to colonialism is disturbing for the average person to contemplate with a semblance of moral and intellectual consistency. Former colonial powers such as Britain, France, Spain, Belgium and Portugal made products such as sugar, rum, cotton and tea available for all of Europe. Achieved through the exploitation of South/Central American, Caribbean, Indian, Asian and African lands. The "rich world" so to speak, was provided with fine goods made possible through slave labour. These interconnected European economies stole wealth from colonized land, in an effort to accumulate resources and actualize mercantilism.

Yet the ascribed value of the goods they were selling as their own was artificially low. Not only did genocide, torture and violence coerce slaves to provide free labour, but the land which belonged to those being oppressed was irresponsibly extrapolated for natural resources. In effect, the wealthy 10% were disguising systematic brutality as prosperity. The overuse of those resources because of their non-representative value has persisted to the present day. Countries established off a colonial legacy, are still forced to sell goods cheaply, confined to rigid agrarian industrial economies. This manifests through modern-day events like the burning of the Amazon Rainforest in Brazil. Which BBC reported was intentionally done by farmers and loggers, to increase available land for subsistence farming. Across the globe, this is normative, whether that be in Indonesia where timber exports grew by two hundred percent in just twenty years, or in Côte d'Ivoire where just three percent of the countries' forests remain- and western Europe represents over fifty percent of their export market.

So if you really want to call yourself an environmentalist:

VOTE for politicians who exhibit a commitment to multilateral environmental protectionism.

REJECT materialistic culture and its propagation of wasteful spending.

It is no longer acceptable to be indifferent. It is not tolerable to support the destruction of the only planet known to support life. It is intolerable to exploit and oppress developing nations and the people and ecosystems within it.

Your actions have more profound consequences.

Sign if you agree, and make a commitment to restructure your life.

Care2
Climate Change and Colonialism: sign to commit yourself to restructuring your life.
SHARETWEET