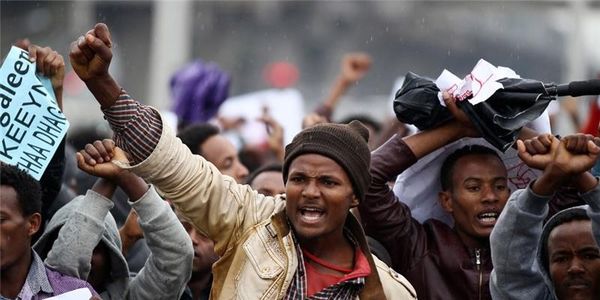 Government of Canada to Stop supporting the dictatorial regime in Ethiopia

To: The  Office of the Prime  Minister

Regarding: 2.4 Million Amara- Ethiopians have been unaccounted for between 1994 and 2007 (approximately the population of Greater Vancouver) and the ongoing indiscriminate killing and jailing of unarmed civilians in most parts of Ethiopia...

We, the undersigned Ethio­Canadians, very much value the generosity that the people of Canada and our government have shown the people of Ethiopia for almost a century. The technical, financial, and material help, to the extent that it reaches the average person, has been invaluable. For that we thank  everyone.

Unfortunately, we are concerned that the financial and material help intended for the poor of Ethiopia is being misused to commit countless atrocities against innocent Ethiopians. It disheartens us to see the well intended financial and material aid of the Government of Canada and its generous citizens being used to suppress the very people that we all want to see supported.

The intensity and magnitude of suppression has been increasing day after day.

We respectfully request that you take every possible action to ensure that your generous support of Ethiopia’s most vulnerable and impoverished citizens is not being misused to commit atrocities  against them.

We know that the Canada we love does not wish to see another Rwanda or learn of its devastating effect after the fact. General Romeo Dallaire in his book “Shake hands with the Devil” has given us an eyewitness account of the devastating  effects.

Our beloved Canada is a multicultural society where everyone of us Canadians despite our cultural, religious, and other differences co-­exist, work and build a strong and free country that we all feel proud and part of.

Unfortunately for Ethiopia, federalism based on ethnic enclaves has been the time bomb that has been implanted for over 25 years with devastating effects on the country and has been a source of the atrocities we have witnessed and still are witnessing.

Here below   are some examples of crimes committed by the minority regime in   Ethiopia:

The atrocities committed against the people are well evidenced and we even believe that The Canadian Government  may be aware of some of them through its diplomats stationed  in Ethiopia.

We, therefore, ask the Canadian Government to: