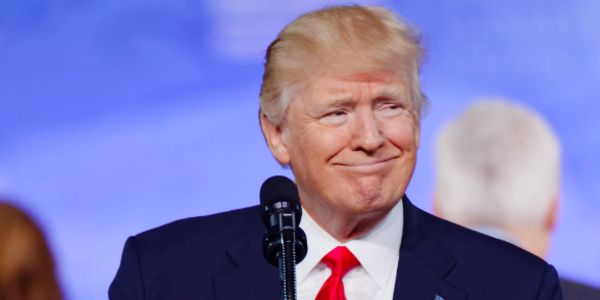 The Queen Should Refuse To Meet With Trump!

Trump is slated to visit The United Kingdom soon where he will address Parliament and take a carriage ride with Queen Elizabeth.

But as this editorial in The Guardian states, the prospect of Trump's state visit to the UK at this time is positively "stomach churning". The piece calls out the damning report by special counsel Robert Mueller, which clearly provides ample evidence of the Trump's corruption and misdealings – and underscores  how unfit Trump is to hold the office of president of the United States.

Trump is a racist, misogynist and unequipped leader. Any public meetings with the monarchy will serve to legitimize and normalize his hate.

That's why we're asking Queen Elizabeth to refuse to host Trump during his visit. Will you join us in calling for this necessary public snub?

He is so unwanted in the UK that MPs are actually campaigning for the whole visit to be cancelled. Now that the Mueller report has been released, we have even more proof that Trump is not fit to be president of the US.

Parliament doesn't want to hear from Trump – so he definitely should not get the honor of conversing with The Queen.

The Queen could easily say no to interacting with him and doing so would such a huge embarrassment for Trump. This is so important since egotists like Trump don't seem to respond to reason or decorum – only a public snub will get our message across!

The last time people raised a public outcry about Trump visiting the UK, he cancelled his trip. It's time to be even louder this time!

Will you sign on asking Queen Elizabeth to cancel his visit? The embarrassment may cause Trump to fully cancel his trip – keeping him and his hateful rhetoric out of the UK!
Sign Petition
SHAREShare With FriendsTWEETEMAILEMBED
Sign Petition
See more petitions:
You have JavaScript disabled. Without it, our site might not function properly.

Care2
The Queen Should Refuse To Meet With Trump!
SHARETWEET