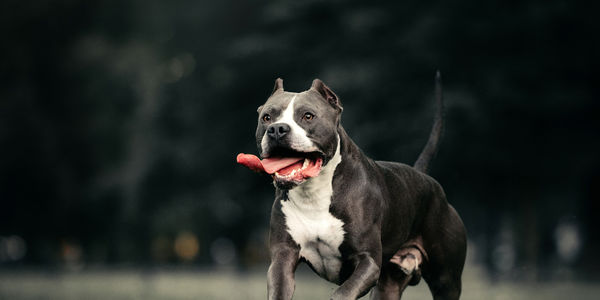 People are legally allowed to brutalize their dogs in the United States for cosmetic purposes and it needs to end. People obsessed with their dogs looking a certain way will perform three medically unnecessary mutilations to achieve that. They are: ear cropping, tail docking and dewclaw removal.

We need a law to protect these sweet dogs from painful and dangerous procedures they don't need. Will you sign the petition?

Some dogs have ears that point upward and are open all the time naturally, while others have floppy ears that fold over. Tragically, many people do something called "ear cropping" to make dogs with naturally floppy ears stand up. It requires cutting a portion of the dog's ear off and then binding them so they will heal pointing up. It's painful and purely cosmetic. Some will claim it's for sanitary reasons to keep ears clean, but that's not true. With regular ear cleaning, which should be done on all dogs, there is no problem with floppy ears.

The second procedure is tail docking, meaning literally chopping off most of a dog's tail. There is absolutely no medical reason to do this. Its only purpose is to make the poor dog look a certain way. At best, it's because people don't want a dog with a strong tail indoors. But if you can't handle a dog's tail in your house, then you shouldn't own a dog.

The last procedure is removing dewclaws. Dewclaws are the extra claw partially up the front legs of a dog. They were left over after dogs evolved,  and are no longer necessary for a dog to have. However, removing them is essentially like amputating a finger. All three of these procedures are painful and dangerous and cruel. We should not allow dog owners to mutilate their animals just so they look a certain way.

Most of Europe and Australia have banned these cruel surgeries. Sign on if you want the U.S. to do the same.

Congress must pass a law making these procedures illegal and classifying them as animal abuse!