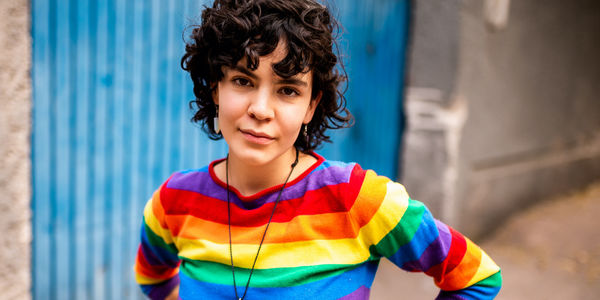 Yes, You Can Still Be Discriminated Against for Being LGBTQ in These 25 States

LGBTQ workers in the U.S. just won a major victory against Donald Trump! Since assuming office after Obama, he's done everything in his power to eliminate and reverse policies protecting queer and trans Americans. One of his major campaigns was to insist that all companies and organizations in the country have the right to discriminate against employees and job applicants based on their (real or perceived) gender identity and sexual orientation.

But in June 2020, the Supreme Court of the United States delivered a stunning decision. In a 6-3 vote, justices ruled that the Title VII clause of the Civil Rights Act of 1964 does in fact include queer and trans workers. In other words, workplace discrimination is now banned throughout the entire nation!

While this is an incredible win that will alleviate so many pains and hardships for LGBTQ Americans, unfortunately it only touches on jobs and employment. It's a huge first step, but now we need to step further.

Members of the LGBTQ community commonly face discrimination in education, housing, credit, and public accommodations, just to name a very few areas. Democrats in Congress have been trying to correct this, but Congressional Republicans are blocking federal legislation. Thus, it's up to each individual state to protect their LGBTQ residents.

States like California and New York, along with 20 other states and the District of Columbia, lead the way in anti-discrimination protections. Another three states have legislation that bans discrimination based on either gender identity or sexual orientation. Meanwhile 25 states, including Florida and Georgia, lack these laws in their entirety.

This is unacceptable. While the federal government twiddles its thumbs, the states need to step up. Please show your support for anti-discrimination legislation that protects members of the LGBTQ community in every state. Sign the petition to tell the remaining half of the U.S. to pass statewide anti-discrimination laws now!
Sign Petition
SHAREShare With FriendsTWEETEMAILEMBED
Sign Petition
See more petitions:
You have JavaScript disabled. Without it, our site might not function properly.

Care2
Yes, You Can Still Be Discriminated Against for Being LGBTQ in These 25 States
SHARETWEET