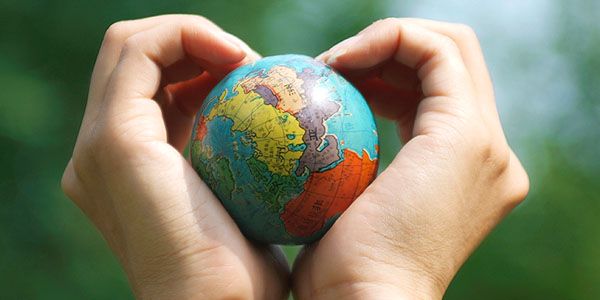 Yahoo’s Keith Richard’s 9/26 article stated “Sure, deer are beautiful to look at it, even if personally I think they’re basically over-sized rats benefiting from the good PR surrounding Bambi. Either way, their good looks and over population come at a high price…”

Ask YAHOO to do better for deer and people! Ask Yahoo to publish a retraction and present the other side by publishing an article by wildlife advocates who have humane concern for animals.

Tell Yahoo’s CEO Marissa Mayer that reporter Keith Griffin’s slight to wildlife is of concern to you. Yahoo’s focus is solely on the cost to repair vehicles when deer are hit.

Humans are responsible for the cruel deaths and terror humans cause deer and other wildlife on roads and highways.

Humans are 100% responsible for the collisions that kill or maim deer and damage vehicles. Most of the collisions are preventable. Instead of blaming deer let's take real responsibility and act to prevent collisions.

Rats don’t deserve the suffering that human ignorance brings them either or the terrible deaths by vehicles suffered by wildlife.

Deer already alter their ways to the best of their ability when it comes to roadways. Humans have to find solutions. Let’s demand they be humane.

WE paved over deer paths that lead to water, food and safety, paths deer have traveled for generations. We built on and paved so much land that now some roads have higher numbers of deer whose original paths are totally barred to them.

It is not their fault. Deer exist. Deer bring many people joy. Without deer, predators like wolves and coyotes would be searching for other large animals for dinner. Population control for deer can be managed in a humane way.

Here is what I propose:

!. Encourage the media to redefine the deer collision problem toward real and humane solutions and sway public opinion to accept human responsibility.

2. Pass laws in every state requiring that every vehicle be equipped with deer warning devices and set to work on making better ones.

3. Increase the number of deer crossing signs on highways and back roads. State laws need to require towns and municipalities to install these since collisions often require police or trooper presence and a dead or dying deer on a road can cause yet another accident.

4. Require that all collisions with deer be called in to the local police.

5. Fine, ticket and require wildlife community service of all motorists who hit deer. Make the second and all other deer hit by any one motorist a moving violation.

6. Create a data bank of deer/vehicle collisions to monitor and address frequency in specific locations to seek reduction in those areas.

7. Prohibit hunting within 5 miles of roads and highways.

8. Add wildlife education classes to all tax payer funded schools to teach children respect for animals and their responsibility toward them. This would be a good start.

Once we collectively brainstorm for real solutions and stop passing the buck to the deer, who knows what humane and smart solutions we might come up with.