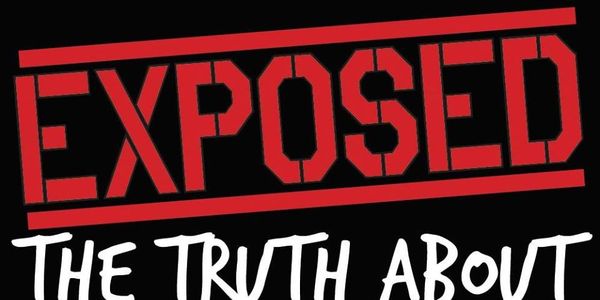 This Thursday, April 13th, anti-Islam extremist, Robert Spencer will be presenting a lecture on the "Exposure of Radical Islam". Spencer is known as a rabble rouser, inflammatory speaker, and outright Islamaphobe, who so casually equates to terrorists, Truman State University should not be allowing student funds to support this event.

"Robert Spencer, a prolific anti-Islam writer and a leading Islamophobe who is bent on distorting Islam and demonizing Muslims, has persistently argued that violence and terrorism employed by Muslim extremists is rooted in the Quran and its message. Spencer calls the Quran, a book sacred to Muslim, &lsquo;the jihadists&rsquo; Mein Kampf,&rsquo; in reference to Hitler&rsquo;s memoir."

"Mr. Spencer espouses a view of Islam as a system of belief which is essentially violent, undemocratic, totalitarian, exclusive and at war with all non-Muslims. Mr. Spencer in fact goes as far as to equate Islam with fascism."

- Group of ALA Librarians, scholars and academics

"Robert Spencer is an anti-Muslim blogger&hellip;And yes, I do mean &lsquo;anti-Muslim&rsquo; &mdash; Spencer long ago crossed the line from simply criticizing radical Islamists to relentlessly demonizing all Muslims. And the bigoted, hateful comments he allows at his website are beyond disgusting."

$3,050 of student funds is being used to bring Spencer to campus, as allocated to the Truman State University College Republicans by the Funds Allotment Council.

Followers of Spencer have began sending out death threats toward individuals who dissent his presence on this campus. Imprisonment, lobotomies, and shootings have all been used in these threats to our community members.

Please sign this petition to let Truman know that they are using your money unjustly to support a man with an agenda of hate and violence. Tell Truman that it is their duty to create a safe and equal environment for all students, and allowing Spencer on this campus is detrimental to the safety and well-being of this university's community members.

I. NOTICE OF NONDISCRIMINATION

Truman State University does not discriminate or permit discrimination by any member of its community on the basis of sex, disability, age, race, color, national origin, religion, sexual orientation, or veteran status with respect to admissions, housing, employment, services, financial aid, or any other educational program or activity it operates.

C. Harassment. Harassment is generally defined as conduct (whether physical, verbal, graphic or written) which is related to a person&rsquo;s status in one of the protected classes listed in the University&rsquo;s Notice of Nondiscrimination and which is sufficiently severe, pervasive, or persistent so as to create an intimidating, hostile, or offensive environment for working or learning, thereby interfering with or limiting the ability of that person to participate in or benefit from the services, activities, or privileges provided by the University. Harassment is a form of prohibited discrimination."