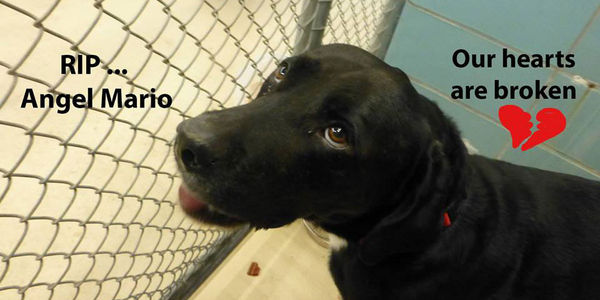 Pet Overpopulation is Killing our Dogs...

It is time for the BOCC to acknowledge that Hillsborough County, Florida has a pet overpopulation and take some measures to get the breeding and population under control. Improvements have been made, the euthanasia rate has improved significantly, but the total focus on solving this problem has been on adopting our way out. No effort and extremely few resources have been put into population control. While the live release numbers look much better, numbers don't tell the whole story, and some significant concerns with animal welfare have surfaced. Mainly:
1. Unprecedented numbers of animals have been turned away from the shelter or not picked up - too often to end up in the streets and breed where they are also not safe. This is a public safety issue as well. The intake at HCPRC is DOWN 8000 ANIMLALS TO 13,000 IN ONLY 2 YEARS! If this was because there were less animals in need, it would be a good thing. But it's not.
2. Animals are being given to anyone with a driver's license - as many as one wants for $20 apiece which is the cost of a rabies tag. There are no limits, and no questions are asked. There is not even an application anymore. None or minimal advice is given to adopters. Well meaning citizens are encouraged to act as rescues and "adopt to rehome", often getting in over their heads and creating a hoarding situation. Hillsborough dogs are ending up in subpar boarding situations, and other county shelters all over. Pinellas, Pasco, Hernando, Sarasota, Manatee, and more. Even as far north as Pennsylvania where 10+ Hillsborough dogs were confiscated from boarding by an animal control agency up there. The real number of previously adopted dogs returning to the shelter is 2-3 times greater than the published return rate.

We need to reduce the euthanasia rate by also reducing the overpopulation, not by just throwing animals out the door with no regard to where they are going. All this proves is that our county can turn it's back on the animals truly in need. Increased adoptions do help, but we cannot adopt our way out of this without doing something about population control. The taxpayers and the animals are paying for all the failures.

To that end, we are asking for the 5 items below.

1. Regulate breeding in this county. Either implement breeding restrictions or ban pet sales with exceptions for responsibly bred dogs.
a. All dogs will be licensed and microchipped, the fee to license an unaltered pet should be at least 10x the fee to register an altered pet unless there is an equivalent fee for "breeders". Microchipping needs to be made mandatory for all dogs and cats in our county and already mandatory licensing needs to be enforced
2. Stop turning strays away, stop refusing to take dogs back because your facility chose to adopt them out of our county, and stop trying to quietly keep animals out of the shelter in the many other ways this has been taking place as proven by the numbers. The goal is to save lives and reduce the number of dogs in need, not to turn our backs on them.
a. No stray dog should ever be turned away from the shelter while the shelter is open. It is not acceptable for the county shelter that is funded by taxpayer dollars to turn strays away that taxpaying citizens in this county are bringing to the shelter just because it is after 12pm (noon). This is an animal welfare issue as well as a public safety issue. Often a turned away stray is a stray that ends up back on the streets to breed, and can get hit by a car (or worse). Now you have a dead or dying animal on the streets and possible injury to citizens through bite wounds, etc.
b. Make the staffing and funding of the animal control officers and the enforcement side a top priority again. We used to lead the nation in animal welfare enforcement and now we are laughed at. This is not caused by the ACOs themselves as they are very hard working and caring individuals with their hands being tied at every turn. This is caused by the shelter itself. By always being understaffed/underfunded, it keeps more animals out of the shelter thus falsely improving the "save rate". In too many cases, these are animals that are not just homeless, but also may be in distress or dangerous to other animals or humans. Not to mention our ACOs need more backup for each other as their jobs can be quite dangerous and being understaffed is a safety issue for all of them.
3. Reinstate protections for the dogs being adopted from the shelter. Currently, there is no longer an application to fill out, no limits, and no questions are asked. Reimplement the following:
a. Ask if the dog will live inside or outside, if outside, a home inspection should be done to ensure the planned housing and fencing is adequate to prevent escape and unnecessary suffering of the animals. Few dogs should live outside in Florida, given the heat, frequent tropical disturbances, and bugs.
b. Reinstate adoption limits of 2 animals per year, and if someone wants to adopt more, that is fine as long as welfare checks are made on the previously adopted dogs. Including all vetting performed since leaving the shelter and the current whereabouts of the dog.
c. There should be a blacklist comprised of individuals who have dumped dogs in bad condition, or otherwise have proved not to be responsible pet owners. Ideally, these folks would not be able to adopt, but at the very least, would need education and then welfare checks if shelter were to adopt to them.
d. The shelter needs to provide better support for adopters. Too many dogs are coming back after a day or less. No dog has been given a fair chance by an adopter when returned after 1 day and that is because PRC hasn't given them any educational tools. Many of the reasons people bring dogs back could have been prevented by giving the dog some time to settle in, proper introductions, and realistic expectations. The shelter needs a volunteer coordinator who will be capable of establishing and running a volunteer adoption counselor program. This was promised years ago, has yet to happen. This would cost the shelter nothing.
4. Promote spay and neuter. Barely a word about spay and neuter is ever on the county Facebook pages. Why are the vouchers not being promoted? The county needs to have local news channels promote S/N and the vouchers in public service announcements. We could have a volunteer program to call the citizens that have already gotten vouchers and help them to get their animals altered. When the shelter is full, and needs help, the county needs to go to the local media and ask the community for help.
5. Use the Animal Advisory Committee to help vet these ideas and other ideas by listening to the citizens of this county and ask them to put together a proposal that will encompass all of the current concerns with the Pet Resource Center so that we can once again be a nationally recognized county because we are putting our animal welfare and public health concerns first.