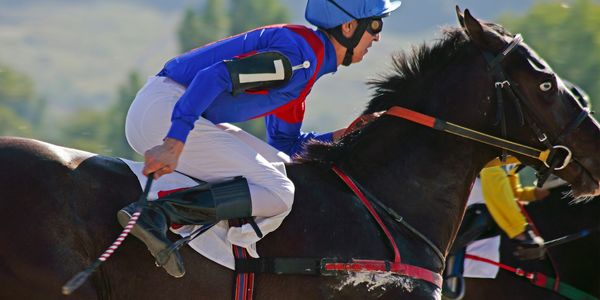 Whipping racehorses is not only cruel -- it doesn’t even make them go any faster!

Horses are domesticated animals, sure, and thus can potentially have beautiful, trusting relationships with their caretakers and riders.

But instead, the sport of horse racing has become synonymous with exploitation, danger, and abuse. It doesn't take a lot of experience or research to see this. For example, when you think of horse racing, the image that probably comes to mind is a rider crouched atop a horse beating it constantly and brutally with a whip, or riding crop, just to make the poor creature go faster and win their 'team' the title, the money, or the fame.

And now, thanks to a first-of-its-kind study, we know the cruelty is without purpose; it has been proven that horses that are whipped do not win more races, nor do they get injured less, than horses who are shown mercy.

Sign the petition and demand that Racing Australia change their regulations to respect and protect these horses -- outlaw the use of riding crops and whips in racing!

There are countless reforms that Australia's horseracing industry, the fourth largest in the world, needed to adopt yesterday. But instead, Racing Australia -- the nation's administrative body that oversees and regulates the sport -- has dragged its feet and fallen behind the horse welfare standards in many European countries, as well as the United Kingdom and United States. But thanks to this historic study, Racing Australia is running out of excuses.

When comparing the racing times and wins between horse races that allowed the use of whips and apprentice races where the jockeys do not flog the horses, there was no statistical difference! They controlled for track conditions, amount of participants, as well as jockey behavior and interference. Literally the only difference was: were these horses being beaten or not? Those who were beaten and those who ran with only the support and guidance of their jockeys went the same speed and won the same amount of times.

Many misguided or willingly ignorant folks argue that the whip actually keeps the horse and rider safer, claiming that it works as a tool of communication -- tell the horse when to turn, which way to drift, etc. But this study looked into that too. This should be shocking to no one, but the horses that were beaten and whipped were not safer from injury. The rate of injury was the same.

The riding crop is not a tool of communication or motivation -- it is a painful display of power and antiquated tradition. Animal advocates in Australia are working so hard to get it removed, that they even did a study on what the pain was like for the horses under the whip. Again, the conclusion should come as a shock to no one -- the study proved that horses feel the same amount of pain when being whipped that people would. Whatever ill-conceived assumptions humans have about pain being less significant for animals do not hold water.

It should not have taken such extensive studies to get Racing Australia to care about its horses, but here we are. Let's tell them to pay attention, because we certainly are. Sign the petition demanding that Racing Australia outlaw the use of whips, or riding crops!

Care2
Whipping racehorses is not only cruel -- it doesn’t even make them go any faster!
SHARETWEET