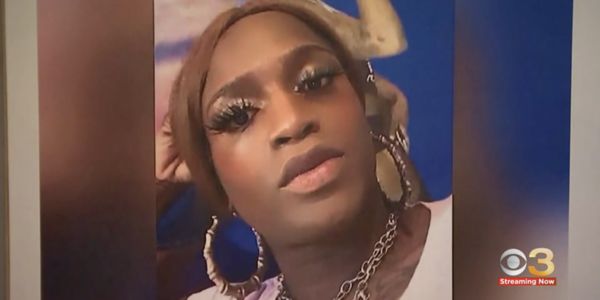 It was one week after Trans Day of Remembrance, a day dedicated to honoring those whose lives were cut short by anti-trans violence. And then the Philadelphia community learned that someone had murdered another trans member of the city's LGBTQIA+ community. Her name was Diamond Jackson-McDonald. She was only 27 years old.

On Thanksgiving night, when Diamond was in her mother's apartment, someone shot her several times. They left her body there until authorities arrived and pronounced her dead.

According to the city's District Attorney office, hate-filled individuals have murdered upwards of 35 trans folks just in the year 2022 alone. They estimate that Diamond has become the 8th trans woman of color to be murdered in the past 20 years in the city, to their knowledge.

As Celena Morrison, executive director of the Philadelphia Office of LGBT Affairs, explains: "Violence against trans people, especially our trans siblings of color, continues to be an epidemic in this community. Black trans women have led the liberation for the LGBTQ community. We have to make a promise, we have to make a stronger commitment to do better, to do better for our trans community, particularly our Black trans women."

Local activists and LGBTQ+ leaders are demanding that authorities prioritize finding whoever killed Diamond. Too often, officials minimize the deaths of trans people - especially the deaths of trans women of color - shoving their murders to the side.

Diamond's mother has said: "I just want the world to know that Diamond was my rock, my shoulder, my child whom I love with every inch of me of what I have left to give. Whoever you are, you took away my gem, my Diamond, someone whom was all about her family and friends. You tore many hearts and we will not rest until we get justice. I will not sleep until you are caught."

No one should have to fear harm, terror, or death just for being who they are. None of us should ever have to live in that kind of danger!

The city District Attorney, Larry Krasner, says officials are investigating this murder as a possible hate crime, though they have not made a determination yet. That is a good start, but we must keep up the pressure to ensure they find whoever is responsible. Sign the petition now!
Sign Petition
SHAREShare With FriendsTWEETEMAILEMBED
Sign Petition
See more petitions:
You have JavaScript disabled. Without it, our site might not function properly.