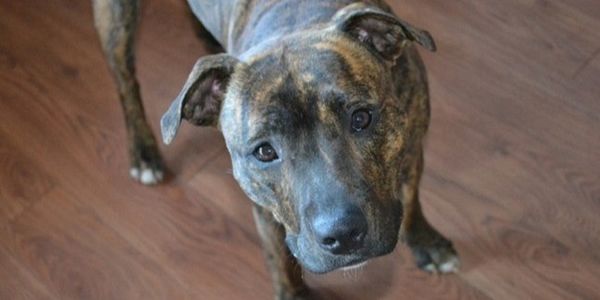 This Proposed Bill Would Unfairly Single Out Pit Bulls

One of the reasons Bill 3709 was recently introduced to South Carolina legislators by Rep. Chip Huggins is to do something about the overcrowded animal shelters in the state. Something definitely needs to be done to resolve this issue, but this bill is not the answer.

Why not? Because it would require the owners of pit bulls (and dogs perceived to be pit bulls) that haven't been spayed or neutered to pay $500 to register and microchip their dogs. Owners of fertile pit bulls that aren't registered would be charged with a misdemeanor crime, punishable by a fine of up to $1,000 and up to one year in prison.

Spaying and neutering pets is definitely a good idea, but why single out pit bulls? This bill is an example of breed-specific legislation (BSL), unfair laws that punish responsible owners and their well-behaved dogs. BSL is strongly opposed by most major animal welfare organizations. The ASPCA says it "should truly be called breed-discriminatory law."

The bill states that pit bulls are "the most desired breed for dog fighting, and dying at a higher rate in local animal shelters than any other breed in South Carolina." It's highly unlikely that criminals involved in illegal dog-fighting operations will bother to register their dogs. Instead, some responsible pit bull owners who can't afford to spay or neuter their pets won't be able to afford that $500 fee either, so even more dogs could end up in the state's already overcrowded shelters.

Requiring registration to own a fertile pit bull "would provide a safety component for the public and the dog," the bill states. However, there is no evidence that breed-specific legislation like this has actually increased public safety wherever it's been enacted, according to the ASPCA.

Like most breed-specific legislation, Bill 3709 will be very expensive to enforce. Here's a better idea: spend those funds instead on affordable spay and neuter programs for all breeds.