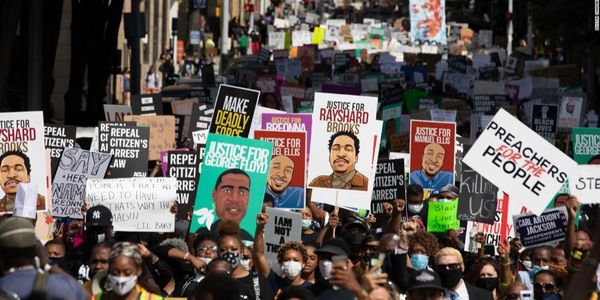 Stand against Republican measures that crack down on our First Amendment rights to protest!

Pandemic aside, 2020 was defined by the historic protests against anti-Black brutality in policing. And 2021 may be defined by the flurry of GOP fascism in response. Republicans across the country are considering – and passing – a slew of anti-free speech measures.

In Minnesota, Republicans want to punish protestors by removing their access to state assistance, including student loans, food stamps, unemployment benefits, and healthcare. And Florida's Republican governor has signed into law the heightened criminalization of arrests during protests.

Add your name to demand state governors oppose any legislation criminalizing or restricting our First Amendment rights to assemble.

Here's the deal. Republicans say these laws only apply to "rioters" and those who attack law enforcement. But the reality is that people of color are disproportionately arrested at protests (vs the January 6th insurrection, when thousands of violent white people stormed the Capitol and cops...took selfies with them?)

And many peaceful protests only become violent because of the threatening and aggressive tactics of law enforcement – especially when protesters are people of color asking for better treatment by the police themselves.

These laws are racist, fascist, and absolutely must be stopped.

Care2
Stand against Republican measures that crack down on our First Amendment rights to protest!
SHARETWEET