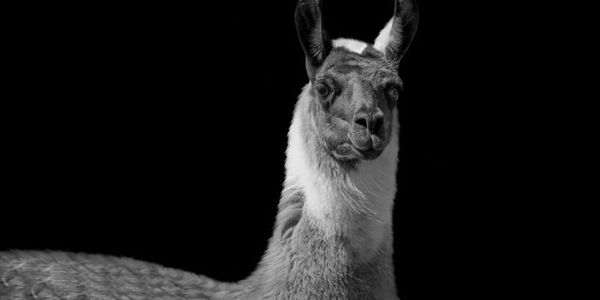 Someone Beat This Llama Until They Shattered His Legs

A woman in Baltimore County, Maryland awoke one morning recently to discover a heartbreaking tragedy. Someone had horrifically beaten one of her beloved llamas, a 22-year-old male named Skippy, overnight.

The woman adopted sweet Skippy as a rescue when he was only 4 years old. He's spent the last 18 years of his life living under her care, surrounded by his loving community of two other adoring llamas and two alpacas. The animals have become close companions over the years and relish in each other's friendship.

But on this particular morning, she found Skippy lying in a strange position in a place he doesn't usually rest, within the family's barn. She could see that he was breathing heavily, and the pulse in his neck was clearly rapid. That showed her that he was in deep distress - and likely in intense physical pain.

So she connected Skippy with a local veterinarian, who confirmed what had happened. Someone had shattered Skippy's leg bones, most likely through a beating because the llama didn't have any other clear external wounds. As his owner explained, "he dragged himself to the barn with broken legs, essentially."

Skippy's injuries were so severe, the vet had no choice but to euthanize the beloved llama.

The other llamas are physically healthy and well - but their human says she can tell they're suffering psychologically. According to her, Skippy "took care of the alpacas. He was like their uncle. They're very upset, they're traumatized and they do look for him, they call for him... It's extremely, it's heartbreaking."

Maryland police are investigating the incident, but we need to make sure they don't give up. Tell authorities that they must find whoever abused this animal to death! Sign the petition if you agree.
Sign Petition
SHAREShare With FriendsTWEETEMAILEMBED
Sign Petition
See more petitions:
You have JavaScript disabled. Without it, our site might not function properly.

Care2
Someone Beat This Llama Until They Shattered His Legs
SHARETWEET