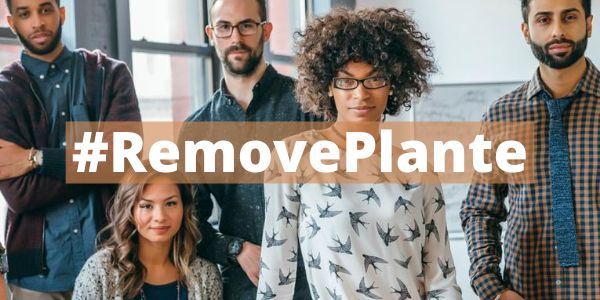 During BIPOC Mental Health Month and in the midst of nation-wide acute racial trauma, Dr. Thomas Plante, PhD, ABPP wrote an article titled "Vilifying Karens May Diminish Us All", published in Psychology Today (PT) on July 1, 2020. In it, he perpetuates harmful white supremacist ideology and invalidates BIPOC racial trauma.

To our horror, Plante is running for American Psychological Association (APA) presidency, 2022.

(The article is now removed from PT without accountability taking. However, harm has already been done. Scroll down to download the original article within context. Click here to read the most problematic sections in our open letter).

[UPDATE: further racial gaslighting] In honor of your voices in signing Stefani Roscoe's petition to have this article removed from PT, we initially only directed you to find the cache version on Google. However, we discovered that Dr. Plante and/or PT since modified the article so that the latest cache version is NOT the same as the original article that we collectively responded to. Revising the article AFTER BIPOC protest without taking accountability is a form of racial gaslighting. With Roscoe's support, we are sharing the side-by-side comparisons here because you deserve to know the truth.

In efforts to protect "Karens," he fails to acknowledge the ways that BIPOC communities suffer from historical, intergenerational, and systemic racism. Plante's view communicates an "all lives matter'' stance that minimizes and silences BIPOC racial trauma and upholds white supremacy.

Dr. Plante's clear lack of cultural competency and reverence conflicts with his bid to become APA's next president. An individual holding harmful beliefs towards communities of Color cannot lead in protecting and honoring BIPOC patients and clients.

Please sign this petition to join our community's demands to APA #RemovePlante:

- Remove Dr. Plante from the APA presidential candidacy as his views clearly conflict with the Code of Ethics
- Include a formal question requesting each candidate to discuss their record of racial justice advocacy work, and to evaluate their responses as an integral part of the qualification process
- Form a BIPOC committee, or to intentionally lift up an equitable number of BIPOC representatives to actively evaluate candidates' capability to lead in advocating for racial justice and dismantling white supremacy in mental health

In addition, we ask the American Board of Professional Psychology (ABPP) to reconsider his qualifications to hold the ABPP designation given his demonstrated lack of cultural competency and use of his power in a manner that creates further harm to marginalized communities.

Click here to read our full collective letter to see:

Community! After signing, please share this petition with your people far and wide. Thank you for amplifying. #RemovePlante

Photographer: Inti St. Clair (thank you for your generosity!)