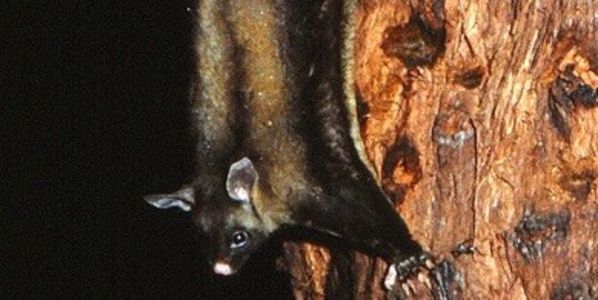 A beautiful small animal, a gliding possum known as the Yellow-bellied Glider, lives in very special Tall Eucalypt Forests of North Queensland. These gliders can only live where enough rain supports the two kinds of tree basic to their food and shelter. In North Queensland Tall Eucalypt Forest  is officially recognised as an endangered ecosystem, and the gliders are legally recognised as being a Vulnerable Species.

Despite the agreed rarity of the forest type and the recognised vulnerability of the gliders, the State Forestry Department is approving the relatively small areas of habitat for logging, including harvest of the two tree species of fundamental importance to the glider, along with others of seasonal importance when blossoming.

Logging means numerous haulage tracks, the immediate reduction of food for gliders and other arboreal inhabitants, the loss of saplings which would provide healthy trees for the future, increased erosion, weed invasion and risk of fire.

Unless prevented,  the outcome will be one or two loggers a little bit richer but the whole world a lot poorer.

One small area of Glider-inhabited Tall Eucalypt Forest, Tumoulin (near Ravenshoe), is now threatened with logging. Your support will help to convince the State Government that any forest inhabited by these rare, lovely, and interesting animals should be totally protected from logging. These habitats would provide more revenue if they were managed as biodiversity sanctuaries or public parklands.

Please add your name to this petition to protect Yellow-bellied Gliders and their forests in North Queensland.