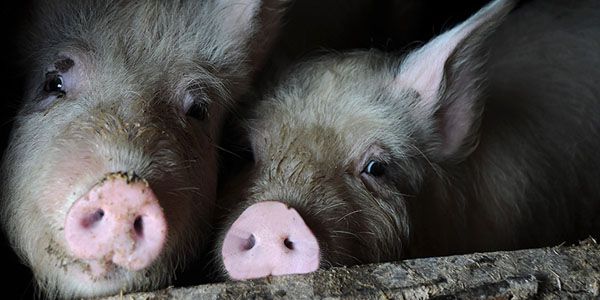 In 2011 the Australian programme makers ABC Four Corners exposed the horrors of the Australian live export industry. For almost two decades, Australia has been exporting cattle to Indonesia claiming cattle were humanely treated and slaughtered. It was a lie. The ABC Four Corners programme, A Bloody Business finally revealed the true conditions that awaited some Australian cattle in Indonesian slaughterhouses.  http://www.abc.net.au/4corners/special_eds/20110530/cattle/

Images of Australian cattle being tortured in Indonesian abattoirs shocked the world. It was headline news in the United Kingdom. http://www.bbc.co.uk/news/world-asia-pacific-13692211

I honestly believe if the playwright Shakespeare had lived in our time and seen this programme, he would have penned his finest tragedy. Although Australia is now exporting more livestock than ever, and Animals Australia is still exposing terrible cruelty, the ABC Four Corners programme did bring some welcome changes to the Australian live export trade.  The Exporter Supply Chain Assurance Scheme was introduced. A system requiring exporters to provide evidence of compliance with internationally agreed animal welfare standard, and to demonstrate traceability and control through the supply chain.

In 2012, as a direct result of the ABC programme, less cattle were exported to Indonesia that year. Also a two year ban of sheep to Egypt was imposed (the ban has now been lifted).  80% of sheep are now stunned in Jordanian slaughterhouses.  The Australian public became more aware of the Australian live exports and the resulting public protests did bring about some change. However, the Australian live exports are still subject to terrible abuse and non-compliance in countries where there are no animal welfare laws.

The European Union live export trade is in shambles.  Every day tens of thousands of livestock are exported to Turkey. the Middle East, North Africa, and Russia.  After enduring a long and cruel journey they are slaughtered inhumanely in foreign slaughterhouses. https://www.ciwf.org.uk/donate/pages/terror.aspx They are the forgotten victims because most Europeans are ignorant of their tragic fate.

I want the BBC programme maker Panorama to expose the full horrors of the live export trade.  This respected programme maker will finally reveal to the British public the full horror of what awaits our cattle, sheep, pigs, and calves in foreign slaughterhouses. It is also in the public interest that this vile and immoral trade is exposed to the British public. The whole European Union live export industry is subsidized by our taxes. Yes! We are paying for this industry. Please BBC Panorama do a programme on the EU live export industry!  In the words of Kathie Flood; 'There's someone out there who's cast you aside, who saw how you lived, but missed how you died.'

I wish to bring to your attention my petition which was signed by over 52,000 people.

I contacted you a few times regarding this petition but you have not replied to anyone of my emails. I now wish to hand in this petition and eagerly await your response.

I have been campaigning to expose and end the EU live export trade for almost two decades.  Everywhere I turn I have been met with either mock silence or indifference. I have writtten, petitioned and begged governments, newspapers, MPs, mainstream media programme makers etc to expose this immoral trade, but to no avail.

Since this petition was launched almost a year ago the EU live export trade has become more and more horrific.  The British-based animal welfare organisation Compassion In World Farming (CIWF) has revealed one horror story after another.  CIWF exposed the horrific Karantina slaughterhouse in Beirut, Lebanon, where EU livestock were being tortured to death. It was closed last year after huge amount of emails protesting the cruel treatment of EU livestock, was received by the Lebanese government.

Again not one EU official or MP did anything to stop EU livestock being sent to Lebanon.  It was CIWF who brought about the closure of this awful slaughterhouse.

The EU live export trade has reached a new and frightening phase. Yesterday Compassion In World Farming exposed the terrible cruelty inflicted upon illegally imported Romanian cattle in Gaza.  It is illegal to send EU livestock to Gaza.  Yet EU cattle and sheep are regularly crossing the Israeli border into the occupied territories.

I challenge you to see the horrific video of Romanian cattle being slaughtered in the most cruel and primitive manner imaginable in Gaza. The video evidence can be found on CIWF website.  After watching this video, please tell me this vile trade isn't worth exposing to the British public.

Enough is enough.  It is time to expose this vile and immoral trade to the British public.  They must see how these Romanian cattle were treated in Gaza. They must be informed this is just the tip of the iceberg.  They must see the horrific and long journeys EU livestock endure to reach destinations in Libya, Turkey, Israel, Lebanon and Russia.  They must be told this trade breaks all the regulations and animal welfare laws that were put in place to safe guard EU livestock.

They must see for themselves how EU livestock routinely give birth during these long and unforgiving journeys (even though it is illegal to send pregnant livestock on these journeys), they must see how these animals are treated and slaughtered in the recipient country. They must be told this trade is being subsidized by the British tax payers money. If any Romanian cattle did die en route to Gaza, the bill will be picked up by the EU taxpayer.

What is even more shocking is the fact EU officials and MPs know exactly what conditions await EU livestock in non-EU countries.  They know cattle will be resold in Israel and other recipient countries.  Yet for decades they have done NOTHING.

I watched the video evidence of Romanian cattle being tortured to death in Gaza.   I found it hard to believe human beings could be so cruel. It was not the slaughtermen's cruelty I found the most disgusting but the heartless EU officials I found to be the most disgusting.  It was they who have been complicit in this awful tragedy. It was they who borught these Romanian cattle to this bleak and savage geographical point.

The great Russain writer Leo Tolstoy famously said; 'As long as there are slaughterhouses, there will be battlefields.'  I dread to think of the terrible consequences for humanity because so much innocent blood has been shed.  These Romanian cattle did not die in vain.  Their deaths will be avenged.

I beg you to expose the EU live export trade.  You have a moral duty to expose it.  By working together with Compassion In World Farming, you can bring an end to this vile and immoral trade.  You CAN stop thousands of EU livestock reaching places like Gaza.  An emotive and eloquent programme will once and for all reveal to ordinary Brits the full horror of the EU live exports. It will be sensational.

Or will you ignore my plea and turn a blind eye to the horrific cruelty inflicted on Romanian cattle in Gaza?   Only you have the power to make a change.  These Romanian cattle did not deserve to die like this.  They were not even suppose to be here.  Yet, they were betrayed by some of our top-paid officials in the EU.  How on earth can a civilised Europe stand back and allow this to happen?

It is the Romanian cattle now long-gone that make the most eloquent plea in CIWF's video.  Their suffering revealed the true nature of Europe.  I am ashamed to be a citizen of the EU.  Someone, somewhere has to stop these atrocities.

With all my best wishes,
Mr Omri Hussain