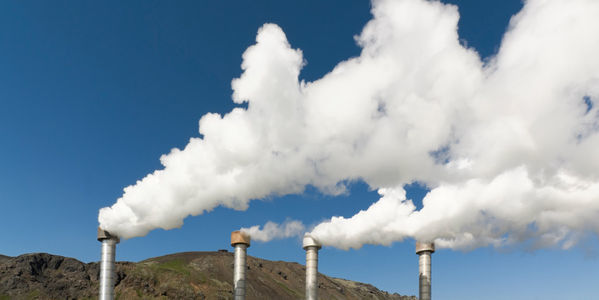 Geothermal Energy Is The Way To Save Our Planet

One of the biggest issues we face today is global warming. After many years of research scientists discovered that the mass emission of carbon dioxide is having a heating effect on the atmosphere. This is a danger to human life as well as to the animals we share this planet with. Sea levels are on the rise, there are numerous wildfires, dangerous heat waves have become more prominent and various animals are becoming extinct. Unless we take immediate action to address global warming, consequences will continue to intensify, life on earth will become more costly and we will ultimately continue to the harm our planet. We need a new form of energy that is cost effective, energy effective, renewable and not harmful to our environment. This form of energy is called geothermal energy. Geothermal power is cost effective, reliable, sustainable, and environmentally friendly but it is only limited to areas near tectonic plates. We need to abandon our reliance on coal energy and put more emphasis on geothermal energy because it would prove to be a better alternative for our environment. Signing this petition will help get this information to the presidents desk and our congress could potentially vote to appropriate money to this reliable and cost effective form of energy.

One of the biggest issues we face today is global warming. After many years of research scientists discovered that the mass emission of carbon dioxide is having a heating effect on the atmosphere. This is a danger to human life as well as to the animals we share this planet with. Sea levels are on the rise, there are numerous wildfires, dangerous heat waves have become more prominent and various animals are becoming extinct. We can credit all these disasters to the rising average global temperature. Unless we take immediate action to address global warming, we shall continue to suffer the consequences, life on earth will become more costly and we will ultimately continue to harm our planet. We need a new form of energy that is cost effective, energy effective, renewable and not harmful to our environment. This form of energy is called geothermal energy. Although it is only limited to areas near tectonic plates, geothermal power is cost effective, reliable, sustainable, and environmentally friendly. We need to abandon our reliance on coal energy and put more emphasis on geothermal energy because it would prove to be a better alternative for our environment.


According to the EnergyWorld.com website that publishes new forms of renewable energy, "Geothermal energy is the heat from the Earth. It's a clean and sustainable source of energy. Resources of geothermal energy range from the shallow ground to hot water and hot rock found a few miles beneath the Earth's surface, and down even deeper to the extremely high temperatures of molten rock called magma." The article also goes on to explain how effective it can be by saying that "almost everywhere, the shallow ground or upper 10 feet of the Earth's surface maintains a nearly constant temperature between 50° and 60°F. Geothermal heat pumps can tap into this resource to heat and cool buildings." This is renewable energy because the earth is always going to reproduce heat beneath the surface of the earth. Many technologies have been developed to take advantage of geothermal energy. For example, The National Renewable Energy Laboratory (NREL), located in Golden, Colorado, is the United States' primary laboratory for renewable energy and energy efficiency research and development performs research to develop and advance technologies for geothermal applications.


According to Jamie Frater, "Recent technological advances have dramatically expanded the range and size of viable resources, especially for direct applications such as home heating." The largest group of geothermal power plants in the world is located at The Geysers, a geothermal field in California, United States. According to the article Top 10 Renewable Energy Source, "As of 2004, five countries (El Salvador, Kenya, the Philippines, Iceland, and Costa Rica) generate more than 15% of their electricity from geothermal sources. Geothermal power requires no fuel, and is therefore immune to fluctuations in fuel cost, but capital costs tend to be high. Drilling accounts for most of the costs of electrical plants, and exploration of deep resources entails very high financial risks. Geothermal power offers a degree of scalability: a large geothermal plant can power entire cities while smaller power plants can supply rural villages or heat individual homes." Geothermal electricity is generated in 24 countries around the world and a number of potential sites are being developed or evaluated.


Although the problem still remains, we are overloading our atmosphere with carbon dioxide, which traps heat and drives up the planet's temperature; geothermal electricity uses the natural heat that our planet produces to create clean energy. A lot of work still needs to be done to inform people about the global problem that we face and that is why I have created a petition to gain the attention of the White House. Thinking of nature as just a source of income is evident that we are willing to destroy it in the name of money. Al Gore, former Vice President of the United States, environmental activist produced the documentary "An Inconvenient Truth," to educate the public about the severity of the climate crisis. The documentary provides information on climate change and how corporations are destroying our environment. There is a limit to how much we can extract out of our environment and we have gone over and beyond the limit of how much our planet can handle and we are now experiencing the consequences in the form of climate change.


It has been shown that Earth's temperature has risen slightly over the past few decades. The Earth has gone through many cycles of warming and cooling in the past and, as Earth's climate changes, nature responds to bring things back into balance. People talk about enjoying nature but aren't changing their lifestyle or doing anything to preserve our land from the oil companies like Shell and BP. These oil companies are constantly destroying and polluting our waters and lands which are now becoming uninhabitable by the animals that rely on these areas as breeding grounds. If we don't look for clean energy soon, we won't be able to even experience nature. Animals will continue to go extinct because we are constantly destroying their natural habitats all in the name of looking for more land to drill for oil on. When are we going to realize that once these endangered species become extinct all they will become are a record in the history books of animals that once roamed the earth?


Critics call "Global Warming" a "made up theory," but the reality is that it is rapidly destroying our environment. There have been many documentaries and facts to back up this convincing theory. Scientists have been able to suggest simple things that we can do to at least slow down the rate of climate change like driving cars that emit less carbon dioxide and looking for alternative, clean methods of energy like wind energy and solar panels. Unfortunately, this has proved a major problem for countries like the United State, who refuse to invest in such because they feel that they would lose out on the competitive market of the auto-industry and poorer countries who cannot afford these items. According to Gore, "Each one of us is a cause of global warming, but each one of us can make choices to change that with the things we buy, the electricity we use, the cars we drive; we can make choices to bring our individual carbon emissions to zero. The solutions are in our hands, we just need to have the determination to make it happen. We have everything that we need to reduce carbon emissions, everything but political will. But in America, the will to act is a renewable resource."


Our energy choices have a direct implication on our health, our environment and our climate. We are currently too dependent on coal and other environmentally harmful fossils fuels for most of our electricity needs. According to the Union of Concerned Scientists, "Coal is the worst offender, it is a dirty energy source that produces less than half our electricity but more than 80 percent of all power plant carbon emissions, along with significant and harmful levels of pollutants that degrade our environment and adversely impact our health." Geothermal energy is our answer to generate clean energy with little or no pollution and global warming emissions. Geothermal energy could reliably provide up to 40 percent of U.S. electricity within the next 20 years considering the fact that we are located in an area filled with tectonic plates.


To move America toward a cleaner, healthier energy future, we need smart policy decisions focused on two primary goals: Invest in the use of geothermal energy and decrease the use of coal. Government policies can either prop up dirty and dangerous energy sources like coal and nuclear power or support clean, renewable electricity like geothermal energy and increased energy efficiency. These are better, smarter solutions that would benefit our health, our climate, and our economy. If we use this energy efficiently, we need less of it. Improving the efficiency of the power we consume from the buildings to our electronic devices, while creating significant energy savings that would allow us to safely and reliably shut down old, dirty plants is only possible when we can rely on clean energy such as geothermal energy to lead us in a good direction.

Having endured decades of, climate change has contributed to damaging floods, widespread wildfires, record drought, and super storm Sandy which cost Americans hundreds of lives and hundreds of billions of dollars; we can't afford to wait any longer to act. For the health and welfare of Americans, for the nation's economy, and for the stability of the planet, now is the time to reduce pollution from America's power plants, dramatically increase the energy efficiency of our economy, and reduce the threat of climate change. Geothermal energy is the answer to our problem; it is cost effective, reliable, sustainable, and environmentally friendly. If we make these changes now, we can avoid drastic changes in the future. Scientists, governments and individuals must work together to overcome global warming.

Care2
Geothermal Energy Is The Way To Save Our Planet
SHARETWEET