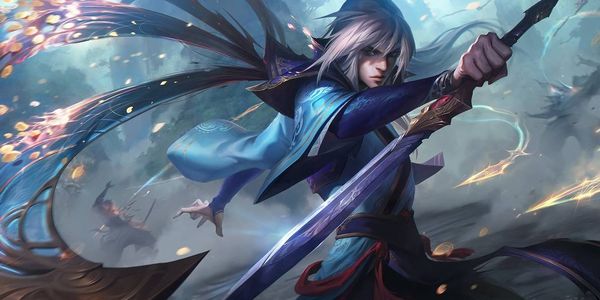 Recently, talon was nerfed 4 times in a row, and 1 later to come after worlds patch. (Mobi nerf, W nerf, Q mana nerf, Conq nerf) He went from a squishy 1 shot assassin to a semi bruiser because of conq + deaths dance. Riot obviously saw this as a problem but didn't address it properly.

First off, mobi nerfs forced talon players to build regular boots (less roaming, but dying less, which is safer, and not how an assassin play style should be like, it should be high risk, high reward)

Secondly, The W nerfs. Riot heavily nerfed talon's W damage early, losing his identity as a level 2 cheeser. Which decentivized taking electrocute for more kill pressure early, and incentivized taking conq. (Also they buffed the W AD scaling, guess what keystone gives AD? you guessed it, conq.) If they wanted to nerf his waveclear, they shouldve nerfed his damage onto minions and you may argue, "Then talon players would take minion demat" Good! So their secondary rune page wont be Taste of Blood, Ravenous hunter to aid his healing! Also, since talon has so little damage early, he loses most assassin matchups now, and the only way for him to win is by getting a lucky roam off, which is frustrating to the opponent and for talon players

Third, the Q nerf. This one didn't do too much, but you go oom a lot more in lane, so you're forced to take Corrupting in fewer matchups, Kind of sad because his damage was balanced around talon players starting long sword. (One time I faced a qiyanna with conq and started corrupting, I had long sword + 2 refillable. I lost the 1v1 even though I got my W, melee aa Q aa passive proc + ignite. lmfao.)

Fourth, Conq nerfs, yes, talon is batshit broken and cancer with conq, Glad they nerfed it. But now he's in this weird spot with electrocute because he doesn't really have that kill pressure in lane anymore.

You also may argue "Talon's winrate in diamond+ was 53% before the nerfs". Tell me one person who plays talon that's not a one trick in diamond or higher. Yeah, and if you're a one trick you usually have at least 55% if not 60% WR on your champion. So why is Asol's WR 55% WR diamond+? is it because hes batshit broken, or is it because no one plays Asol unless they're one tricks?

In summary: Please revert talon, or revert nerfs and nerf his E. His E, imo is his most frustrating part of his kit. Jumping over 20 walls and getting out of an impossible situation or roaming bot and picking up kills. (His E is 2S at all ranks. Why not 5-1s or make it cost mana? something with his E possibly? and make it actually effected by CDR)