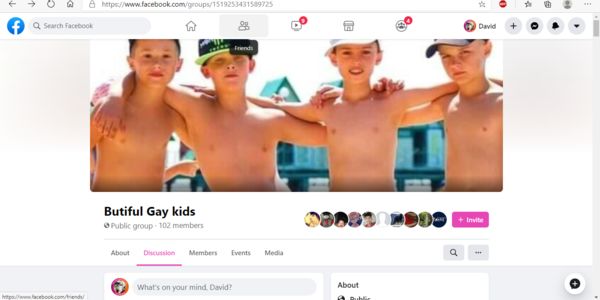 DEMAND Mark Zuckerberg Be Put In Prison For His Criminal Behavior

I hate Facebook so much! They don't give a bleep about people! I was on a 30 day ban for something I did not do and now, I'm on another 30 day ban for the same stupid reason! Why does Facebook keep kicking people off? I thought it was a safe place where people can speak their minds without repercussions. Apparently, you(Facebook) don't like people who speak their minds and just knock them off a lot! Is that fun for you people? Facebook needs to re-evaluate their priorities. Plus, they never catch the REAL CRIMINALS. Why don't you get off your lazy bums and catch THEM instead of picking and choosing who to kick off of your platform for your amusement? The real criminals are the pedophiles, child traffickers, thieves, killers, child molesters, and sex traffickers, who are obviously lurking around on your platform! Facebook is getting SO DANGEROUS! Their God, Mark Zuckerberg, is probably laughing maniacally right now! He doesn't give a bleep about people, animals, nature, or the environment! He only cares about HIMSELF! He is the TRUE DEVIL! The people who work at Facebook are TRUE DEVIL WORSHIPPERS! To view his information, please visit: https://celebritycontactdatabase.com/tech-tycoons/mark-zuckerberg-contact-details/
If you want to send him a personal e-mail and complain about issues you are having with Facebook, or complain about how awful the company is and how he's ruining Facebook, contact him at zuck@fb.com. His physical address is 1 Hacker Way, Menlo Park, CA, 94025 United States of America. According to Forbes and Business Insider, he lives in Fair Oaks, San Francisco, United States of America. There are a few US phone numbers to contact. For those numbers please visit: https://facebook.pissedconsumer.com/customer-service.html & https://www.yellowpages.com/menlo-park-ca/mip/facebook-540745357

Please tell your friends, family, coworkers, and neighbors about this important information! Thank you!

If you use Facebook, DELETE YOUR ACCOUNTS, NOW! Mark Zuckerberg and Priscilla Chan are just trying to steal your money AND your lives and make them a living hell. They are stealing your identity, privacy, and freedom as well, and making money off all of you FOR THEIR OWN PERSONAL BENEFITS!

Products used:
I ended up using Twitter. It's much friendlier, and I don't feel like I am being targeted!

I would like the Federal Government to grill Zuckerberg AND THE FACEBOOK CREW about the lack of privacy and the lack of safety on the platform. There are a lot of pictures that depict support for animal cruelty, child molestation, and pedophilia on the platform as well!
Sign Petition
SHAREShare this petition with friends!TWEETEMAILEMBED
Sign Petition
See more petitions:
You have JavaScript disabled. Without it, our site might not function properly.