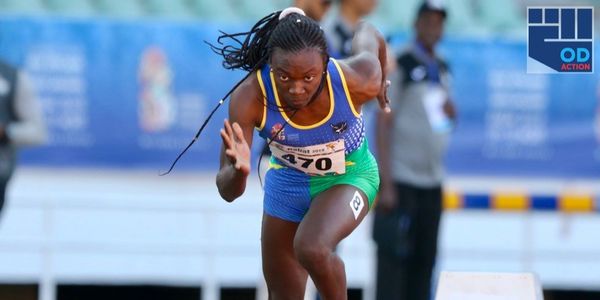 The international swimming foundation has banned the use of swimming caps designed for natural Black hair.

Two African female athletes, Christine Mboma and Beatrice Masilingi, are now unable to compete in certain Olympic events due to testosterone levels being over the regulations set by World Athletics, and they're not alone.

Sha'Carri Richardson, U.S. Sprinter, disqualified from an Olympic race due to testing positive for THC (not a steroid, THC — the chemical in marijuana that is legal in many U.S. states.)

Just more roadblocks in the way of Black athletes working towards competing in the Olympics.

Sign your name and demand that the Olympics do away with discriminatory policies that prevent Black women from competing!

Black athletes do not have control over their hair, their biological make-up, or their trauma— and these things certainly do not make them any less worthy of competing.

Add your name to tell the Olympic Games that if they care about diversity amongst athletes they can not continue to enforce exclusionary, outdated rules.