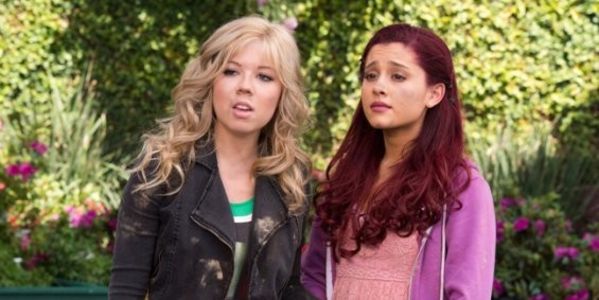 PETITION TO REINSTATE AND BRING BACK SAM & CAT TELEVISION SHOW

Countless Sam & Cat fans are shocked and completely distraught that Nickelodeon has forced Dan Schneider, along with the cast and crew of Sam & Cat, to cancel the show despite it's immense following and worldwide popularity without giving any viable or feasable reason for the show's cancellation other than a vague reference to salary issues. The show, along with the entire cast of Sam & Cat, have NOT been given an honest, real chance to continue on, or even the dignity of an ending that would provide some feeling of closure to the show's millions of fans; the same fans that hold the key to an immense consumer buying power demographic, and in the end, more than enough revenue to resolve any "salary issues".

We the fans, feel that with this kind of petition, we can convince Nickelodeon executives to reconsider its position, and their decision of the cancellation of by far, one of, if not, one of the network's most popular shows, ever.  It is certain that the show's abrupt cancellation was never Dan Schneider's choice, or idea to cancel Sam & Cat, and that he and the cast still wanted the show to go on and continue as planned, with shows for the second season already written, and in pre-production planning stages.  It is also known at this time that Nickelodeon is currently planning on filling the "prime time" time slot with a new Dan Schneider produced and created show titled, The Dan Danger Show, which is now in pre production and casting stages. With that being said, Nickelodeon executives should do right by the millions of fans, and let Dan Schneider, and the cast and crew of Sam & Cat come back for another season, and continue it's run as one of the network's blockbusters, or at least the dignity of a real and proper finale so the fans of the show could not only have a good idea on how Sam & Cat could have really ended, but give the show's millions of fans a sense of closure.

So with all sincerity, I ask you to sign this petition by the fans...for the fans, to show the Nickelodeon executives not only the extreme dismay and disappointment of the Sam & Cat show's fans, but also to bring back this show, with the cast and characters that they all love so much. The Nickelodeon executives need only to look at the social media numbers of Facebook "likes" and Twitter "followers" to see our numbers, and the power that we hold to make...or break the network, so let's show them how much we all want Sam & Cat back on the air...

We the fans have met and far exceeded the number of signatures as set forth in the above petition to ask that you reconsider the return and reinstatement of the television show known as "Sam & Cat", regardless of any underlying idiosyncratic issues in salaries or personal issues that can be reasonably resolved, either through mediation or other means. The basic root of the issue is the countless millions of fans that have passionately loved and followed the show since it's premiere, that held one of the largest viewing audiences in the network's history. The numbers speak for themselves, and I'm sure you are aware of the immense consumer demographic that these numbers represent, that in the end, represent network revenue. It is quite certain that the reinstatement of Sam & Cat, it's consumer pull and following, along with it's revenue numbers, far outweighs, or should outweigh, any issues the led to the haphazard, overhastened and ill-thought decision to abruptly cancel the show.

We the fans then kindly and sincerely request that the current decision and position be reconsidered to "do right" by the show's millions of fans.  We thank you for your time and consideration.