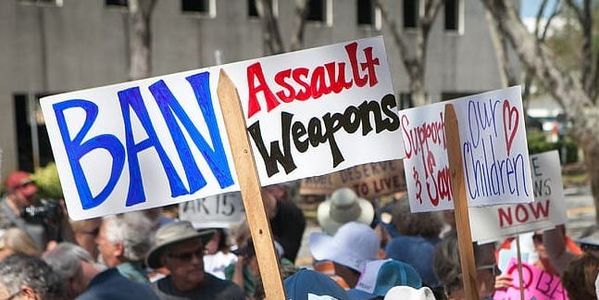 People Are Screaming for the Government to Ban Assault Rifles! #DOSOMETHING!

And then they were killed by an assault-style rifle.

In just eight days in the summer of 2019, 35 people were gunned down by three deranged gunmen. It happened at the Gilroy Garlic Festival on July 28th, and then a little more than a week later, two mass shootings took the lives of 31 people in the span of just 14 hours. Like the location of the shootings suggests, these massacres can happen anywhere and at anytime. But they won't happen so often and with such horrifyingly high body counts if we can get assault weapons off our streets.

An assault weapons ban was in place for 10 years in the United States before Congress let it expire in 2004. In the years since the NRA stopped the ban from being reauthorized, the death toll has spiked significantly.

When a gunman killed 35 people at a popular tourist site in Port Arthur, Australia in 1996, the government reacted by putting server restrictions on legal gun ownership. After a white supremacist stormed two mosques in Christchurch, New Zealand, the nation banned assault rifles altogether. Yet after the umpteenth mass shooting in America, our government officials send thoughts and prayers, blame video games and homosexuality. Anything but the real culprit staring them in the face. GUNS!

Even some on the right are fed up with the senseless violence and loss of life. The Murdoch-owned New York Post has gone so far as to demand that Trump take action on the cover of their Monday, August 5th cover.

It is time to say enough is enough. Sign this petition to demand that the U.S. Congress acts now to pass legislation banning assault rifles.
Sign Petition
SHAREShare With FriendsTWEETEMAILEMBED
Sign Petition
See more petitions:
You have JavaScript disabled. Without it, our site might not function properly.

Care2
People Are Screaming for the Government to Ban Assault Rifles! #DOSOMETHING!
SHARETWEET