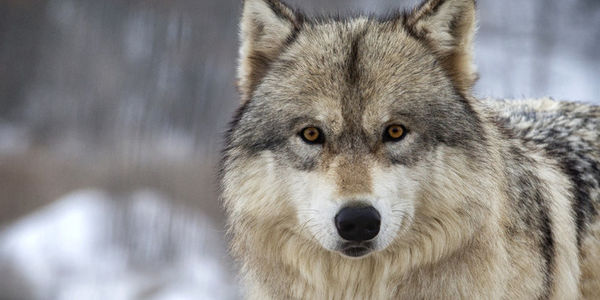 1500 gray wolves remain. Idaho wants to kill off most of them.

Only around 1,500 gray wolves remain in existence in the state of Idaho. That is a tiny, shockingly small number — and should be a wake-up call for officials to do everything they can to protect this precious species and help save them from extinction.

Instead, lawmakers in Idaho are doing exactly the opposite. It seems Republicans there are determined to wipe wolves permanently off the face of the Earth, by pushing a measure that would allow hunters to kill more than 1,000 of the final wolves alive. That's more than 90% of their dwindling population.

Even worse, state law would allow hunters to kill these animals by any methods they desire, so long as those methods are also used to kill other Idaho wild canines. This includes baiting wolves (ie tricking them), luring them to their deaths. And each hunter could target and kill an unrestricted number of wolves... every single year.

Sign the petition to demand that the U.S. federal government step in and prevent this bloodshed!

The reason Republicans are able to exterminate wolves at all is because Donald J. Trump, simply put, had it out for the species. He did everything he could to push wolves off of the Endangered Species Act list of protected animals, weakening regulations, encouraging hunters, and putting wolves' lives back on the chopping block.

Luckily, animal rights and environmental organizations have worked together to sue the federal government, demanding that gray wolves be re-listed as an endangered species and returned to a fully protected status. But until President Joe Biden's administration steps in to save the wolves, they're still in danger from Trump's people.

The situation is getting more and more dire all over the country. In Montana, their journalist-punching governor recently broke the law by murdering a wolf and has come out in full support of other wolf-hunting murderers. South Dakota is also loosening up restrictions on hunting and trapping wolves, endangering the animals left there.

We can't let wolves in Idaho suffer the same fate. And we certainly can't let gray wolves be murdered and hunted and baited and shot into extinction.

Tell the Biden administration to immediately relist gray wolves as endangered under the Endangered Species Act and restore full protections to keep them alive!
Sign Petition
SHAREShare With FriendsTWEETEMAILEMBED
Sign Petition
See more petitions:
You have JavaScript disabled. Without it, our site might not function properly.

Care2
1500 gray wolves remain. Idaho wants to kill off most of them.
SHARETWEET