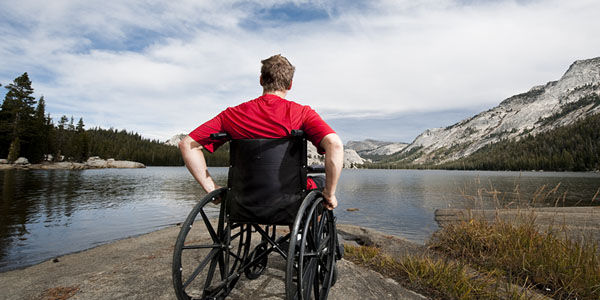 This petition calls for a full scale police investigation into years of abuse of the UK disabled community by the government office of the Department for Work and Pensions (DWP), and related organisations.

This petition asks for the police to order an immediate cessation of the Work Capability Assessment (WCA) where the abuse mainly centres around, and to appeal to victims of this abuse throughout the UK to come forward, and offer all necaessary support to the victims.

This petition calls for all deaths following the WCA to be investigated as potential gross negligence manslaughter and determine if the WCA process contributed in any way to the death, such as making the person suicidal. It has already been concluded in one Mental Welfare Commission report that being found 'fit for work' by the WCA test had led to the suicide of a woman identified as Miss DE.

In several other reported cases of suicide family and friends identify the WCA 'fit for work' decision as being the probable cause of the disabled person's suicide. In at least three reported cases the coroner commented on the negative effect the WCA decision had had on the disabled person's state of mind prior to committing suicide. One GP said the WCA decision was an "accelerating factor" in the decline of health and eventual death of his patient.

As was reported last week, Freedom of Information requests showed that around 90 people a month died between December 2011 and February 2014 after been declared "fit for work" by the WCA.

There has been for years a considerable amount of expert advice that the WCA is flawed and dangerous. The British Medical Association (BMA), have advised for years that it should be abolished.

The government has a duty of care to these vulnerable people and this petition believes they are in breach of this duty by ignoring expert advice and continuing to force vulnerable people to undergo a test that is proven to be flawed and dangerous.
The WCA seems to breach UK and international law in that it is "cruel and degrading" to a great many disabled people.

I have read so many accounts of mental and physical suffering due to the WCA, and I believe that the DWP forcing disabled people to undergo a test that is proven to be flawed and dangerous amounts to abuse.

My views that the WCA is abuse are mirrored on the majority of disability rights campaigner websites, forums, blogs, and thousands of comments on online newspaper articles, showing that a large amount of the disabled community agree that this is abuse.

Many disabled people identify the WCA to be idealistically driven. It came out on the back of prejudice at a time when inaccurate statements were being made, such as vast amounts of fraud, when the government's own figures showed that only 1% of fraud was occurring among all benefit claimants. This has helped create an anti-welfare backlash, and many disabled people feel that some politicians saw the advantage of playing to these prejudices for political gain.

Cruelty and abuse should be identified by the victim/s. This petition feels that it is immaterial what excuses the DWP use, such as that they are trying to 'help' disabled people. This petition asks that, as part of any investigation the police carry out, they contact those who deal with disabled people such as Mind, Rethink Mental Illness and the Citizen's Advice Bureau (CAB), and to contact some of the many disability rights groups and campaigners. The police will see that a large amount of the UK disabled community find the WCA cruel, degrading and abuse.

If this is compared to a recognised form of abuse such as domestic abuse, then I believe causing fear and humiliation would be abuse (psychological and emotional) and a criminal offence. This petition asks that the police apply the same criterea to this abuse as other more recognised forms of abuse, e.g., domestic abuse.

Questions this petition would like to see the police ask victims to measure the effect of abuse include: Does the WCA process make you feel frightened and bullied? Has the process worsened your condition? Do you feel as if you are being treated as dishonest, e.g., a 'scrounger'.

On a personal level I would answer yes to the above three questions. This abuse is also constant and continuous, I live in daily fear of wrongly having my income stopped (it has happened twice already), and being left homeless, and this has been the case for many years. From what I have read a great many in the disabled community live in the same daily fear. If I was living in this level of fear from someone in my community that person would probably be committing a disability hate crime, a serious criminal offfence, so I believe the same rule should apply to the DWP causing people to live in this level of fear.

The outcome that the disabled community wish is for the WCA to be ended and replaced by a safe system that is not based on punishment and prejudice, but is consent-based, so that the disabled person will say if or when they are fit for work, providing a GP/specialist support letter (which would also save UK taxpayers millions of pounds currently spent on companies carrying out the WCA). Any new system should be in line with expert advice from doctors, charity workers and others who know and assist disabled people every day, and it should reflect the progressive aims of the UN Convention on the Rights of Persons with Disabilities, which include disabled people having more say themselves in such matters. Trying to fix the WCA is never going to work because of the corruption at the heart of it. The test was born out of misinformation and prejudice, brought in hurriedly by the Labour government facing a welfare backlash.

This petition hopes that the police will view the amount of people signing this petition as being in the public's best interest to thoroughly investigate these matters.

(This petition thanks all those who have opposed, and continue to oppose, this cruelty. All the dedicated disability rights campaigners. Politicians from all parties. The journalists who have exposed much of this abuse. Charities and all other organisations. And everyone who has helped, including all who sign this petition)