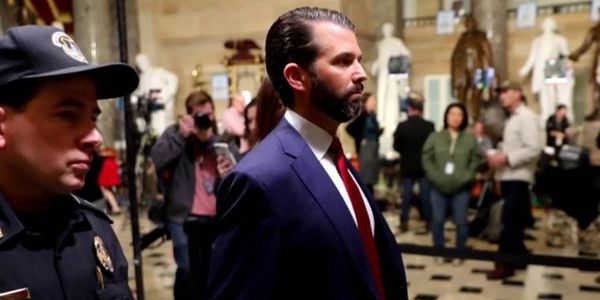 The fact that the president's eldest son, Donald Trump Jr., is so unwilling to return to the Senate Intelligence Committee per subpoena does not instill confidence.

Don Jr. has threatened to invoke his Fifth Amendment or simply fail to appear at all, both of which suggest that the president's son has something to hide.

In the aftermath of the Mueller report's release, the Republican-led committee has requested his return for additional questioning, likely revolving around the infamous Trump Tower meeting in which he, among others, sought dirt from a Russian lawyer on Hillary Clinton, or his involvement with the Trump Tower Moscow project that Michael Cohen worked on in 2015 and 2016.

Both clearly have serious implications as oversight into the administration ramps up following the release of the special counsel's findings.

Other Republicans have attempted to shame Senator Richard Burr, the committee's chairman, for his decision to issue the subpoena, claiming that the case is, somehow, "closed." But after the Mueller report showed more than 140 communications between the Trump campaign and the Kremlin the issue is far from "closed."

Don Jr., for his part, has landed himself in hot water after his previous testimony showed that he may not have been truthful while responding to questions.

He said, for example, that the only people present at the Trump Tower meeting were Jared Kushner and Paul Manafort. We now know that that was not true. If he's willing to lie to Congress once, there is no telling what else he lied about and what he's still hiding.

We, the undersigned, demand the Trump Jr. testify before the Senate Intelligence Committee per his lawful subpoena. He may hope to benefit, yet again, from his nepotism, but no one is above the law.