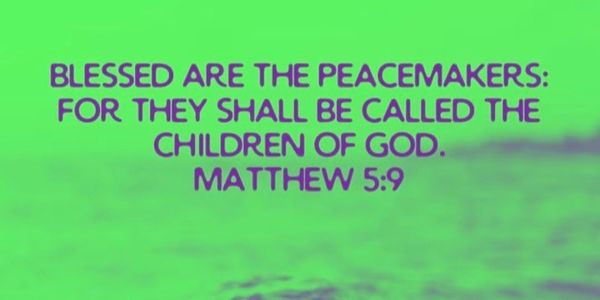 Its not the Jews land it's the Palestinians land!!! God said enough!!!!
"Ye [speaking to the Jewish leadership] are of your father the devil, and the lusts of your father ye will do. He was a murderer from the beginning, and abode not in the truth, because there is no truth in him. When he speaketh a lie, he speaketh of his own: for he is a liar, and the father of it."
John 8:44, KJV

"Woe unto you, scribes and Pharisees, hypocrites! for ye compass sea and land to make one proselyte, and when he is made, ye make him twofold more the child of hell than yourselves."
Matthew 23:15, KJV

"In whom the god of this world [Satan] hath blinded the minds of them [the Jews] which believe not, lest the light of the glorious gospel of Christ, who is the image of God, should shine unto them."
2 Corinthians 4:4, KJV

". . . Did ye [speaking to the unbelieving Jews] never read in the scriptures, The stone which the builders rejected [meaning the Jews rejecting Jesus], the same is become the head of the corner: this is the Lord's doing, and it is marvellous in our eyes? Therefore say I unto you, The kingdom of God shall be taken from you, [from the Jews] and given to a nation [God's new born-again Christian nation] bringing forth the fruits thereof. [meaning the fruits of true repentance]"
Matthew 21:42b-43, KJV

"For ye, brethren, became followers of the churches of God which in Judaea are in Christ Jesus: for ye also have suffered like things of your own countrymen, even as they have of the Jews: Who both killed the Lord Jesus, and their own prophets, and have persecuted us; and they please not God, and are contrary to all men: Forbidding us to speak to the Gentiles that they might be saved, to fill up their sins alway: for the wrath is come upon them to the uttermost."
1 Thessalonians 2:14-16, KJV

"But ye [meaning we Christians, since Peter was writing to the Christian brethren, and NOT to the unbelieving Jews] are a chosen generation, a royal priesthood, an holy nation, a peculiar people; that ye should shew forth the praises of him who hath called you out of darkness into his marvellous light:"
1 Peter 2:9, KJV

"And I say unto you, That many shall come from the east and west, and shall sit down with Abraham, and Isaac, and Jacob, in the kingdom of heaven. But the children of the kingdom [the Jews who falsely claim to be God's "Chosen People"] shall be cast out into outer darkness: there shall be weeping and gnashing of teeth."
Matthew 8:11-12, KJV

"I know thy works, and tribulation, and poverty, (but thou art rich) and I know the blasphemy of them which say they are Jews, and are not, but are the synagogue of Satan."
Revelation 2:9, KJV

"And every spirit that confesseth not that Jesus Christ is come in the flesh is not of God: and this is that spirit of antichrist, whereof ye have heard that it should come; and even now already is it in the world."
1 John 4:3, KJV

"For many deceivers are entered into the world, who confess not that Jesus Christ is come in the flesh. This is a deceiver and an antichrist."
2 John 1:7, KJV