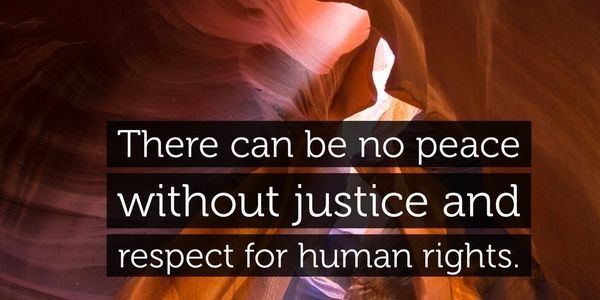 PETITION OF KENYAN PEOPLES' FOR RIGHT TO SELF DETERMINATION

BACKGROUND TO THE PETITION FOR SELF DETERMINATION Fifty-four years after independence, Kenya has consistently been ruled by only two communities yet Kenya is a country of about 44 tribes. This has seen rampant discrimination against other communities in terms of basic human rights including distribution of National resources. Successive Kenyan Governments have perpetuated a culture of impunity through rigged elections that denies Kenyan's from other tribes the ability to self-determine and even grow economically. In the wake of a rigged 2017 election and the subsequent killings and fact ethnic cleansing taking place in the country, it is time we charted our own course as a people who believe in change. THE PETITION: We the people of Western Kenya (Luo, Luhya, Tesos, Kisii, Kuria), Eastern Kenya (Kamba), Coastal Kenya (Swahili, Mijikendas, Pokomos, Giriamas, Taitas, Tavetas, Boni, Ewana, Segenju, Orma, Munyoyoya and Badala) Rift Valley (Turkana, Pokot, Samburu, Maasai, El Molo, and Iichamus), Northern Kenya (Somali, Borana, Rendile and Dasanaach) as well as Kenyans from other interested Communities guided by Article 20 of the African Charter on Human and Peoples Right (as adopted in 1981 in Nairobi, Kenya, and entered into force in 1986), we the people of the above stated communities in Kenya intends to file a complaint with the African Commission on Human and Peoples Right, in Banjul, The Gambia to grant us our human rights of self-determination of forming our own state; as provided for in Article 20 (1) and 20 (2) bellow: Article 20 (1) ''All people shall have the right to existence. They shall have the unquestionable and inalienable right to self-determination. They shall FREELY determine their POLITICAL STATUS and shall pursue their ECONOMIC and SOCIAL development according to the policy they have freely chosen.'' Article 20 (2) '' Colonized or OPPRESSED peoples shall have the right to free themselves from the bonds of domination by resorting to any means recognized by the International Community.'' This petition also relies on the authority of the United Nation's (UN) International Covenant on Civil and Political Rights (adopted in 1966, and entered into force in 1979). It is further reinforced by article 1 (1) of the UN International Covenant on Economic, Social and Cultural Rights, (1976). However, in order to allow us to file an agent action/communication with the said African Commission on Human and Peoples Right, Please sigh here bellow.
Sign Petition
SHAREShare this petition with friends!TWEETEMAILEMBED
Sign Petition
See more petitions:
You have JavaScript disabled. Without it, our site might not function properly.

Care2
PETITION OF KENYAN PEOPLES' FOR RIGHT TO SELF DETERMINATION
SHARETWEET