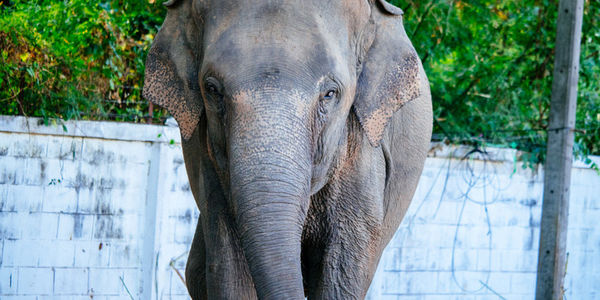 Russian President Vladimir Putin ordered an invasion of and onslaught against the innocent neighboring country of Ukraine more than one month ago. And it's not only people who are paying the price, but helpless zoo animals, too.

Staff at multiple nature reserves and zoos in the country, especially in the cities of Mariupol, Odessa, and Kyiv, are terrified their animals will die from starvation. And indeed, some already have begun to perish.

Putin is hurting both people and animals. Sign the petition to demand he and his military advisors end his campaign of terror in Ukraine!

In total, more than 10,000 animals are in danger at zoos and reserves in Ukraine right now. These include rare and endangered species like polar bears, wolves, black leopards, and giraffes. Despite everything -- a mass migration crisis, bombed apartment buildings, and the constant threat of Putin's war machine -- staff and volunteers have been fighting to provide for these captive zoo creatures. But these heroic efforts to save lions, tigers, elephants, and many other species in the midst of a war is no easy thing.

Animals don't know what is happening when it comes to war. One moment, they are sitting in their enclosure receiving food or looking into the eyes of visitors -- and the next, without explanation or reason, they are surrounded by explosions, death, shuddering buildings, and deprived of utilities and food. This stress alone can be deadly.

On top of that, receiving shipments of the food they require is nearly impossible right now due to Putin's military attacks. Additionally, with many utilities bombed out of commission, many zoos have been thrown into darkness and cold -- in a country that is not free from winter yet. At the Park XII Months Zoo near Kyiv, officials say a number of animals there have already died due to cold and hunger. Yet these contained spaces currently provide the creatures' best hopes for safety.

As the organization Animal Survival has stated, "If the animals flee, their fates are sealed; they will be mown down in the war."

Ukrainians are not the ones responsible for whether or not these helpless, captive animals live or die -- Putin is. It's time for him to realize that the way to get what he wants is not through sheer, brutal force. He must end this bombardment of Ukraine, including Ukrainian zoos and reserves! And if he won't see reason and cease his horrific campaign of murder, his advisors must end the war themselves. Sign the petition to save innocent animals now!
Sign Petition
SHAREShare With FriendsTWEETEMAILEMBED
Sign Petition
See more petitions:
You have JavaScript disabled. Without it, our site might not function properly.