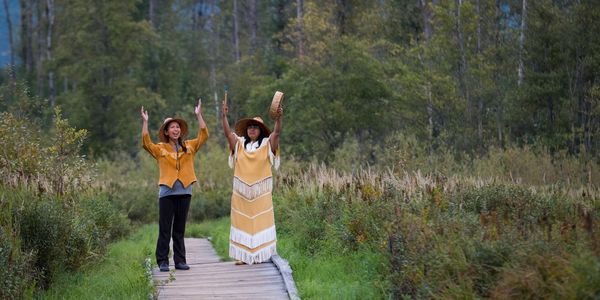 Countries around the world are passing historic legislation which codifies a recent UN resolution into law. The unprecedented resolution would guarantee every person a legal right to a healthy environment, and Canada's House of Commons may pass it in the coming months! But experts are worried that industry lobbyists will water the bill down, and regulatory bodies may lack the teeth to properly enforce it – meaning this new law protecting the environment and vulnerable people could turn into zero action and all lip service. We must put pressure on the Canadian Parliament to prioritize protecting the environment!

Sign now to demand the House of Commons refuse to bend to industry lobbyists and pass a bill that declares every persons' right to a healthy environment!

Canada is rife with environmental injustices -- particularly against Indigenous communities and Black Canadians. The Tataskweyak Cree Nation has been under a drinking water advisory for the past five years, which has led to devastating health consequences for its members, including liver and kidney diseases and gastrointestinal problems. Over a thousand miles west, cancer rates in Fort Chipewyan are significantly higher than average, likely due to the oilsands operation. These are just two instances of many environmental hazards that disproportionately affect ethnic minorities and native peoples, but the reality is, there are hundreds- - if not thousands – more stories like this across Canada. A guaranteed right to a clean and healthy environment could protect these communities from such horrific conditions.

In its current form, Bill S-5 is a step in the right direction, but still leaves too much room to let the culprits of environmental destruction off the hook. Because the Canadian version of the bill has far more limited language than the UN resolution itself, environmentalists are rightfully concerned that enforcement will be difficult and regulatory agencies may not have enough "teeth." What the House of Commons needs to do is amend the bill in the ways that environmental groups are asking and ensure that legislators don't bend to industry interests.

Sign the petition now to help guarantee all people living in Canada the right to a healthy, clean environment! The well-being of millions of people is at stake!
Sign Petition
SHAREShare With FriendsTWEETEMAILEMBED
Sign Petition
See more petitions:
You have JavaScript disabled. Without it, our site might not function properly.