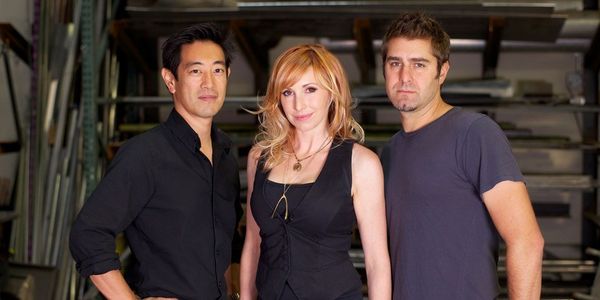 Mythbusters: Support Women in Science! Bring Kari Byron and the Build Team Back!

After 10 years of providing entertaining and accessible science education to viewers around the world, Discovery has dropped the M7 Build Team -- Kari Byron, Grant Imahara, and Tory Belleci -- from the Mythbusters lineup. They say this is an attempt to bring Mythbusters “back to its roots” by focusing solely on the hosts, Adam Savage and Jamie Hyneman, who have not been the primary  subjects since its first season.

This is a huge step backward for Discovery -- as the main female Mythbuster, Kari inspired a generation of girls and showed them that they, too, had a place in the traditionally male-dominated world of science.  While Adam and Jamie are amazing educators in their own right, Kari was what drew me and so many others to the show, year after year. It’s also disappointing to see Grant, the sole person of color on the show, dropped as well.

We already know that women and minorities often feel unwelcome in the sciences and discouraged from pursuing STEM studies and careers. Why is Discovery reinforcing these damaging stereotypes?

The way the Build Team was quietly dropped from the show at the very end of the season finale leaves a bad taste in my mouth -- as a rabid fan of many years, I’m heartbroken. While I have immense respect for Adam and Jamie’s work, I just don’t know if I can continue to watch Mythbusters in the coming season, when Discovery doesn’t seem to think people like me belong on their network.

If you’re upset about this sudden change in direction too, please sign this petition asking Discovery Communications to bring the Build Team back next season! Share it with anyone you know who loves Mythbusters and wants science education to be accessible to everyone.

We, the undersigned, respectfully ask that you reconsider your decision to drop Kari Byron, Grant Imahara, and Tory Belleci from the Mythbusters lineup in the coming season.

As a show focused on scientific education and literacy, it’s incredibly important for Mythbusters to demonstrate to young people that women and people of color can be successful in STEM careers. Kari, especially, served as an inspiration to an entire generation of young girls who may never have realized there was a place for them in the sciences. There is already a huge disparity in the number of women and minorities in the field, and moves like this simply reinforce to young students that they are not welcome.

As fans of the show, we have the utmost respect for Adam Savage and Jamie Hyneman’s tireless efforts to entertain and educate, but the show simply won’t be the same without the Build Team. Please make the right decision and show your viewers that you value Kari, Grant, and Tory's contributions equally - bring back the Build Team!