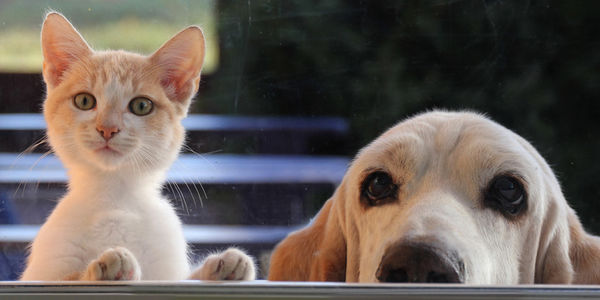 Ninety-Seven Pet Animals Were Trapped in a House Fire. They All Died.

In a Florida residential community, almost 100 pets recently died after being trapped in an empty house as it caught on fire. The deceased animals include one bird, five dogs, and a staggering 91 cats.

The couple who adopted all 97 animals are reportedly devastated, having considered all of their dozens of animals as their children. But it's shocking that officials allowed the couple to accumulate so many animals at all -- creating a prime situation for a horrific tragedy just like the one that unfortunately unfolded.

That's why it's imperative that Florida lawmakers create limits on the number of pets a person or family can have! Many of us can likely agree that 97 is simply too many, no matter how beloved and adored those animals are.

Neighbors had previously reported the couple to Animal Care and Protective Services (ACPS) over their concerns about the continual collecting of new animals. However, when authorities visited the home -- twice -- they found the animals were well-cared for, received proper veterinary treatment, and clearly well-loved.

But that doesn't change the fact that there were 97 animals inside just one home. Even the family's veterinarian told reporters that the owners always "bring [their pets] in for treatment; that's not the issue. Collecting them is the issue... They just don't know when to say no." It's frankly alarming that ACPS wasn't able to report the issue. Yet its proverbial hands were tied, because under Florida law, there are no limits on this type of animal hoarding. Without any such laws on the books, ACPS had no power to intervene before catastrophe struck.

This many deaths should never have happened. It's not the couple's fault that the fire occurred, and they are clearly heartbroken over the horrific deaths of their fur children. But Florida should have legal limits on the number of animals a person can own. It's the only way to keep animals safe in the future.

Sign the petition to tell Florida lawmakers to pass a law limiting the number of pets in a given family!
Sign Petition
SHAREShare With FriendsTWEETEMAILEMBED
Sign Petition
See more petitions:
You have JavaScript disabled. Without it, our site might not function properly.

Care2
Ninety-Seven Pet Animals Were Trapped in a House Fire. They All Died.
SHARETWEET