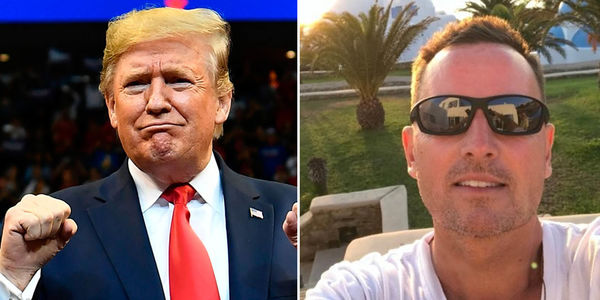 While appointing laughably unqualified cronies to positions of influence and importance in the federal government is unfortunately commonplace in the Trump administration, the president's most recent choice for acting Director of National Intelligence (DNI), Richard Grenell, is staggeringly dangerous and misguided.

A toxic internet troll and sycophantic Trump loyalist, Grenell has exactly zero experience in intelligence matters. He's spent the bulk of his time as the current ambassador to Germany – a post for which he barely won Senate confirmation – publicly lecturing Europe's largest economy on how to run their country and spouting off praise for various right-wing nationalist movements across Europe. His single qualifying characteristic is apparently the nice things he says about the president on TV.

To make matters even worse, the position only came available after Trump fired his acting DNI Joseph Maguire over a briefing to the House Intelligence Committee detailing Russia's efforts to interfere in the 2020 election on Trump's behalf. In other words, he was fired for telling the truth about national security. It doesn't therefore take much mental energy to surmise that Grenell is being brought in to conceal the truth about America's security.

As we enter the heart of the 2020 election, and with the U.S. intelligence community ringing alarm bells with increasing regularity about ongoing foreign attacks on our electoral system, it is paramount that an experienced, respected, well-qualified hand lead our 17 intelligence agencies without delay.

Tell the Senate to demand Trump nominate a real intelligence professional to become the next Director of National Intelligence — and not just in an acting capactiy. In his ongoing post-impeachment acquittal purge, Trump is ridding his administration of anyone not blindly loyal to his nefarious, self-serving cause. The Senate must not be complicit in this degradation of American governing norms.