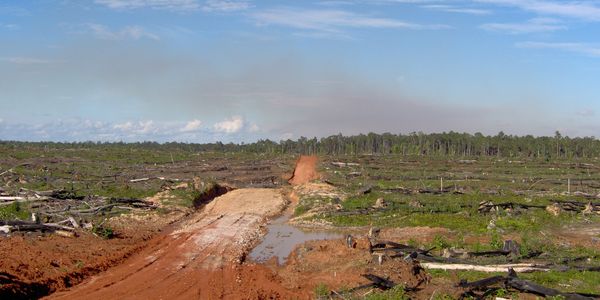 Save the Rainforest: Say No to Deforestation for Biofuels

The EPA’s recent biofuels proposal is bad news for everyone who cares about protecting the world’s last, great forests as well as native ecosystems here at home. U.S. biofuel policy drives demand for increased agricultural production both here and abroad, and agri-businesses respond by carving new farms out of virgin forests and prairie for soy, palm, and corn plantations (New York Times, Washington Post, YaleEnvironment360).

Internationally, deforestation threatens species like the tree kangaroo, orangutan, jaguar and giant anteater. And, after forests are bulldozed and sometimes burned to make way for giant plantations, any carbon benefits that soy and palm biodiesel have at the tailpipe are outweighed by the carbon released during forest loss (Transport & Environment).

In the U.S., over 7 million acres -- an area the size of Delaware -- has been mowed down and converted to agricultural production to help meet government-mandated demand for biofuels like corn ethanol (National Wildlife Federation).

Join us in asking the EPA to lower biodiesel and ethanol production, and to protect some of the world’s last, great forests and other native ecosystems. Sign our petition and send a comment to the EPA now!

Forests in Brazil, Bolivia, Indonesia and throughout Latin America and Southeast Asia are known for their beautiful, ecologically important habitats. These places are home to many threatened and endangered species, including the tree kangaroo, orangutan, jaguar and giant anteater.

Furthermore, by taking up and storing carbon dioxide, these forests provide an important bulwark against climate change.

Unfortunately, to meet growing demand for soy and palm oils, agri-businesses continue to carve out new farms from virgin forest. In the Brazilian Amazon, areas planted with soy have more than tripled in the last 10 years to approximately 3.6 million hectares.[1] Bolivia expects to clear 14 million additional acres for farmland by 2025.[2] In Indonesia, a single company, Korindo, has a target of deforesting 200,000 hectares for oil palm plantations by 2020.[3]

When forest clearance is fully considered, biodiesel has no carbon reduction benefits. In fact, a recent analysis based on European Union research found that biodiesel made from soy and palm oil have significantly higher climate emissions than fossil diesel.[4]

Growing corn for ethanol has similar problems, and its effects are seen here in the U.S. The dramatic increase in corn production and has contributed to more the conversion of more than 7 million acres of native ecosystems into agricultural land since 2007.[5]

Care2
Save the Rainforest: Say No to Deforestation for Biofuels
SHARETWEET